Another quickie, this time we head over to Shatin to look at the Lions Club International Pavilion that sits on a hillside above the MTR East Rail station. It's not quite as impressive as the Lions Club International Pavilion that can be found at Victoria Peak (as seen in Bloodsport), but I guess Shatin Peak (as it is often called by my local friends) offers a pretty good panorama of the valley (formerly a sea inlet) with the added benefit that hardly anyone goes there. 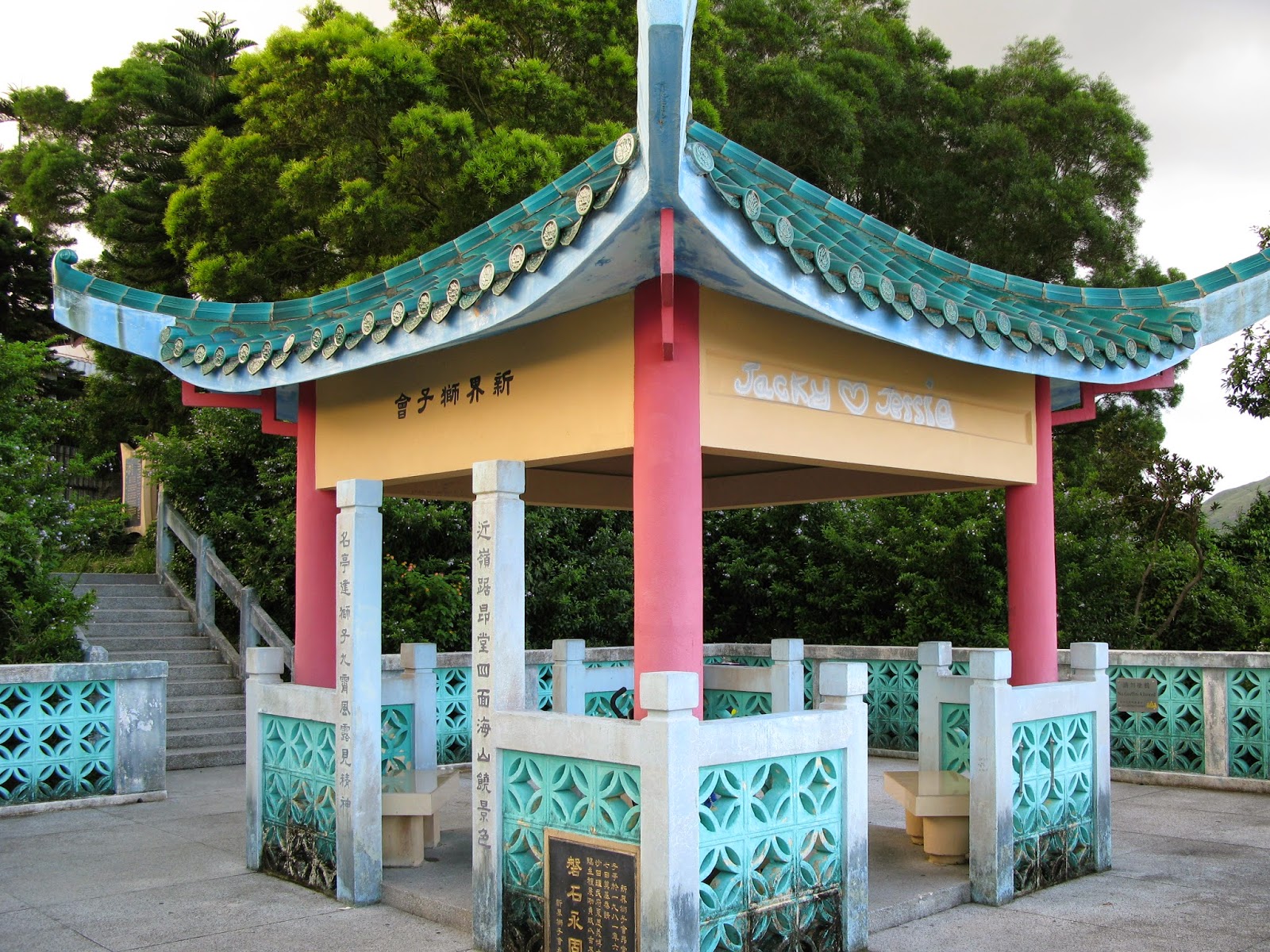 As the name suggests, the pavilion was built (or at least funded) by the Lions Club International and is one of several projects that have been completed here (for example, the aforementioned Victoria Peak pavilion, and a nature centre in Sai Kung to name a couple off the top of my head - I'm sure there are many more). This particular pavilion looks as though it was originally constructed in 1981 and I do remember reading somewhere (I think it was in one of Tim Hamlett's former columns in the SCMP) that it was built during the construction of Shatin new Town so that the public could have a nice view of the construction works. However, that may just be a figment of my imagination. 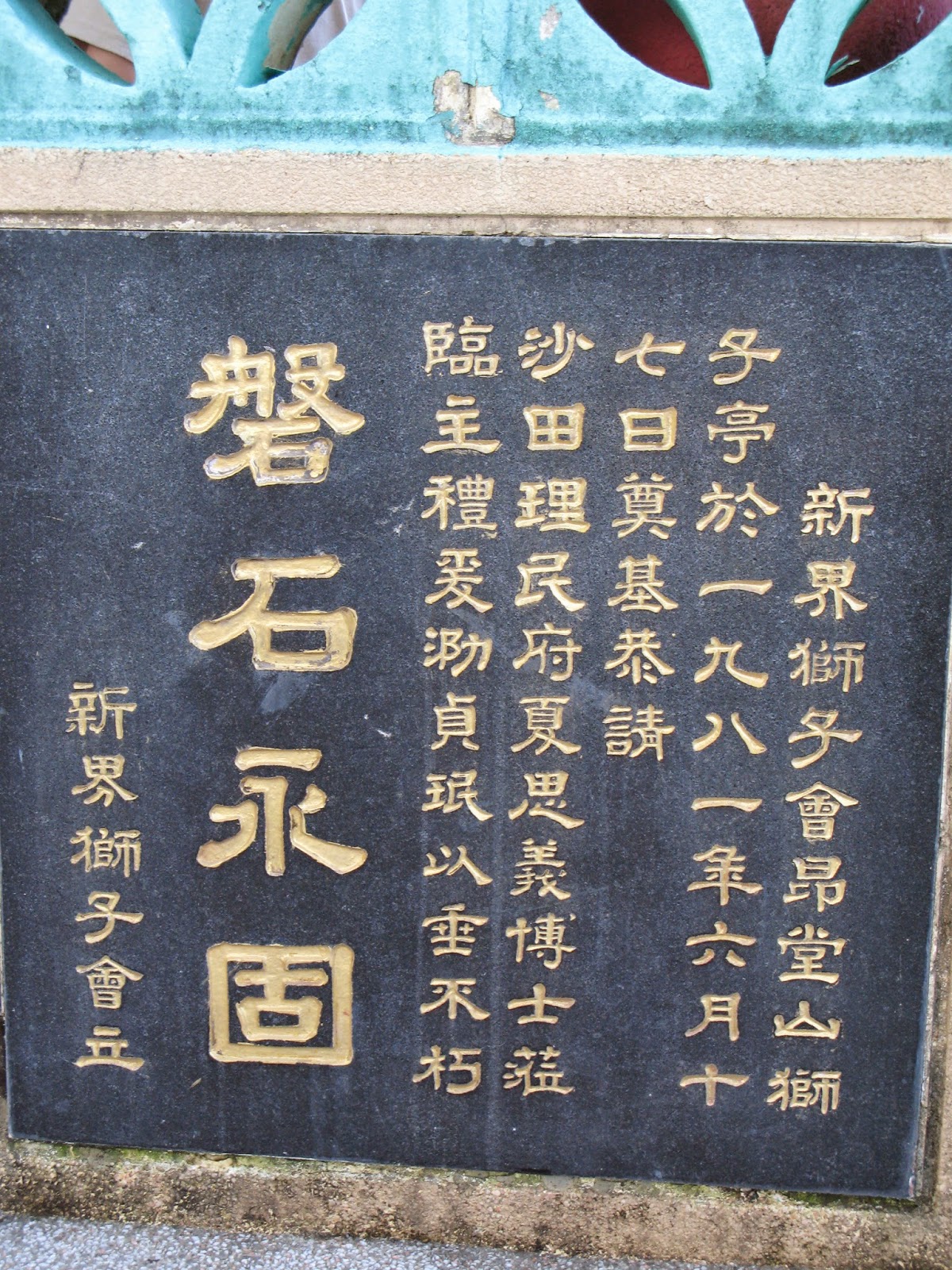 For those who are Chinese literate (i.e. not me), above is what I believe may be the original ceremonial plaque for the pavilion's construction and opening. Please feel free to offer a translation - my electronic translator has gone the way of the dodo.

Anyway, one thing that doesn't really need translating is the view, so here are a few pictures - I hasten to add they were taken many years ago on what I think may have been my trusty Canon Powershot S40 - also now gone the way of the dodo. What I am saying in a round about way is that I apologise for the poor quality and the fact that it wouldn't surprise me if half of these buildings had already been demolished and replaced by high-rises with names such as "Billionaire Walk-In Closet Towers", "Shiny Golden Shoebox Palace" and "Empty Mainland-Owned Pied-à-Terre Heights". 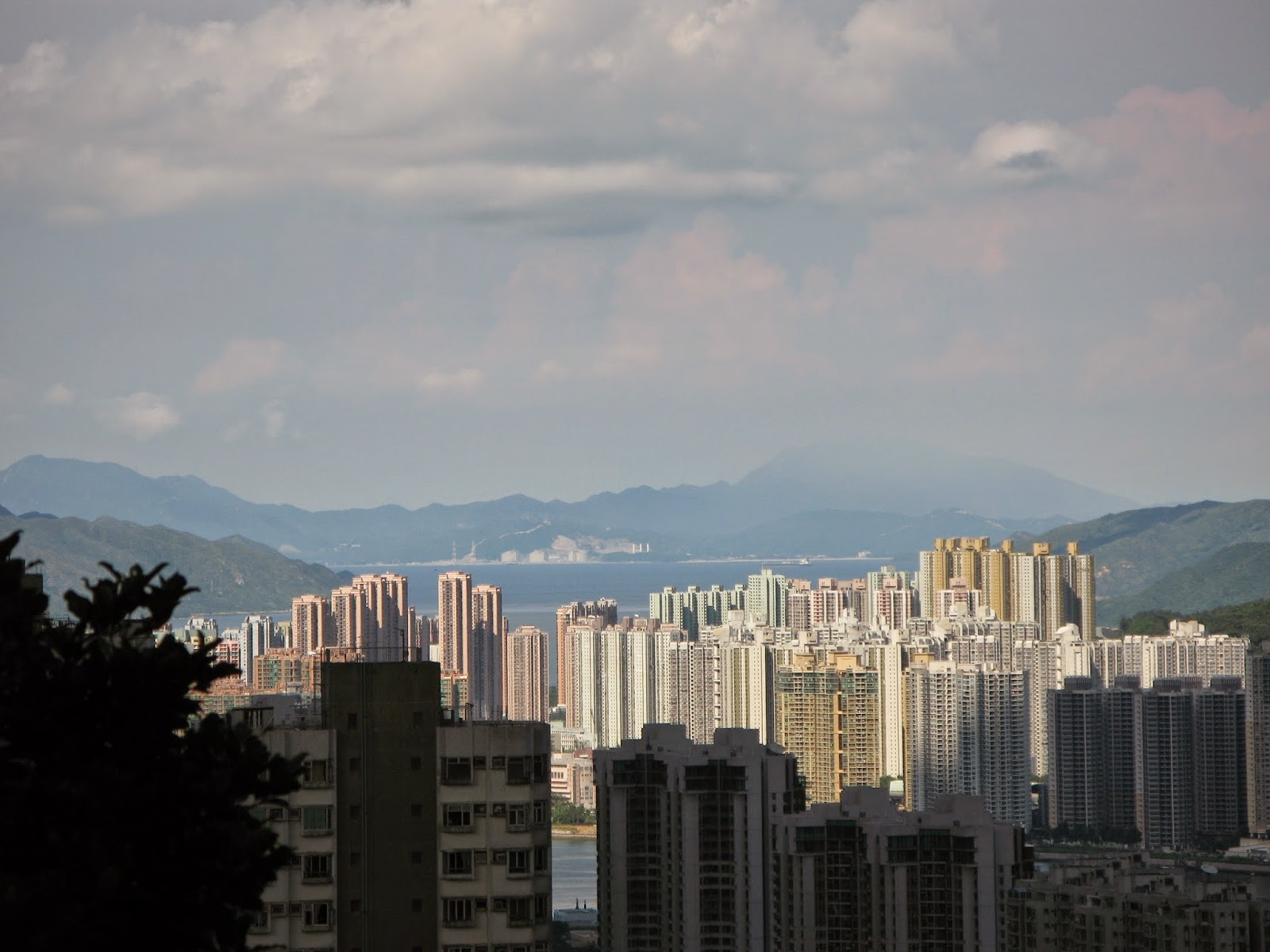 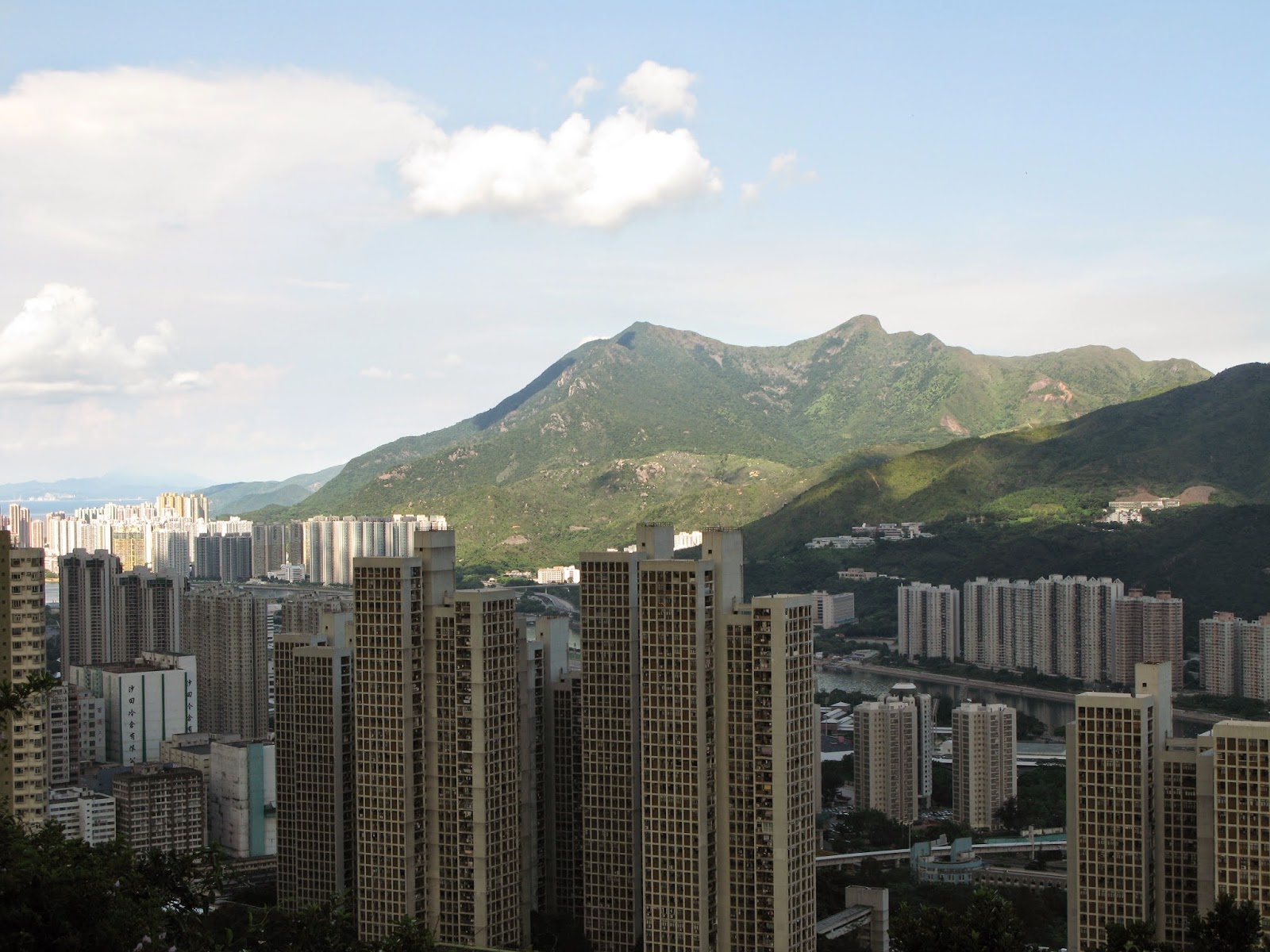 The distinctive saddle shape of Mao On Shan 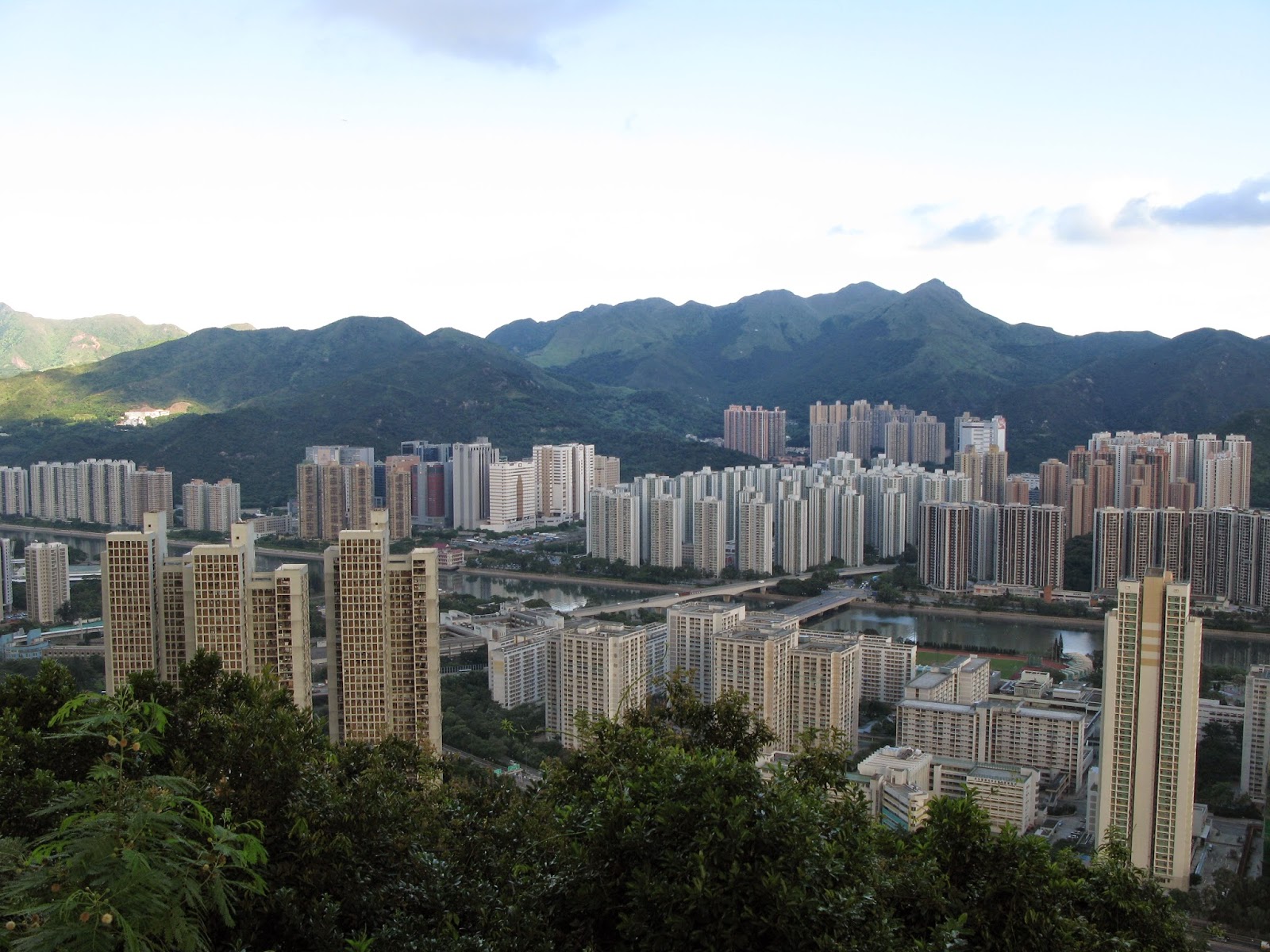 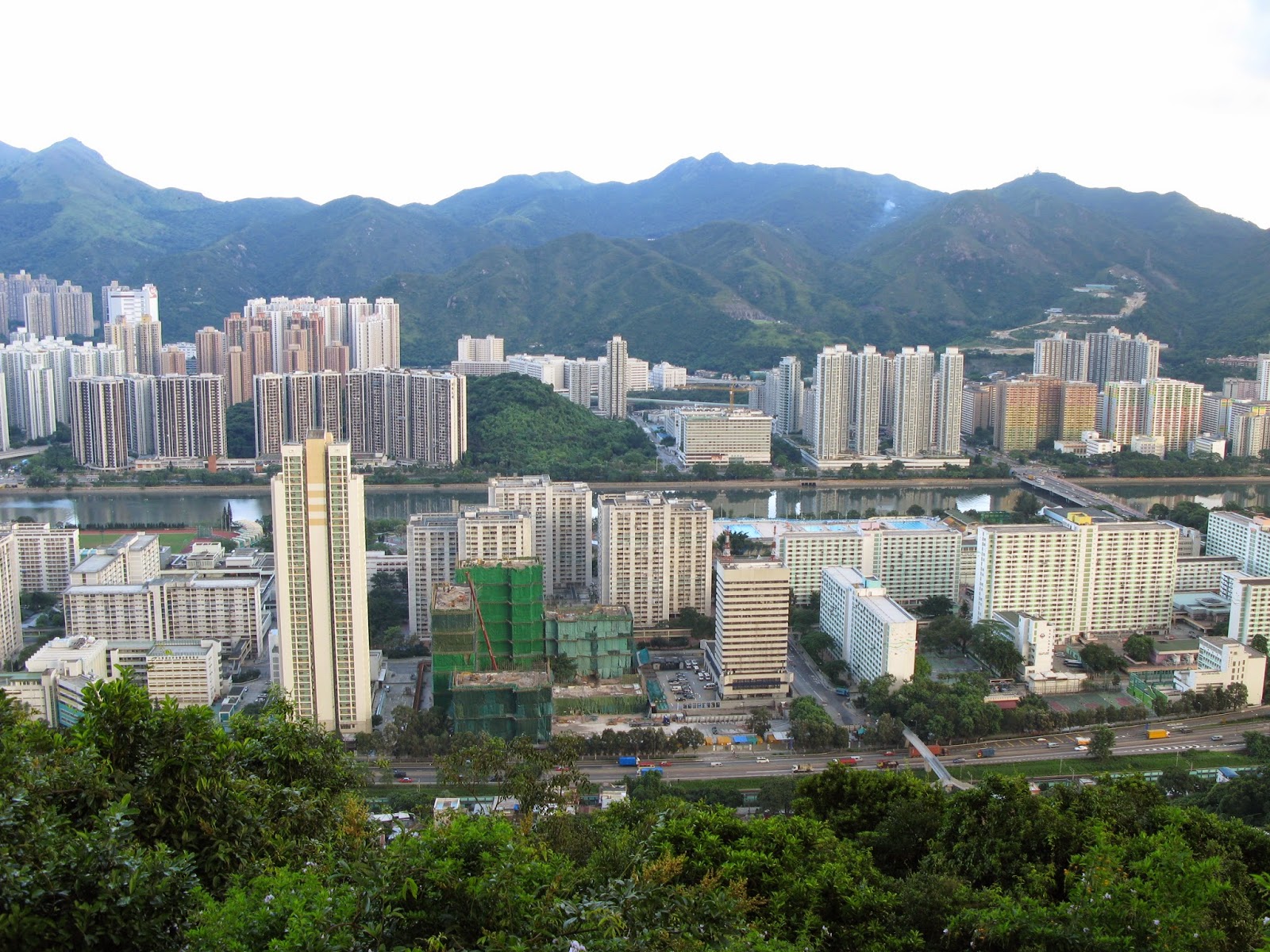 Looking across to Yuen Tsau Kok and the Regal Riverside Hotel 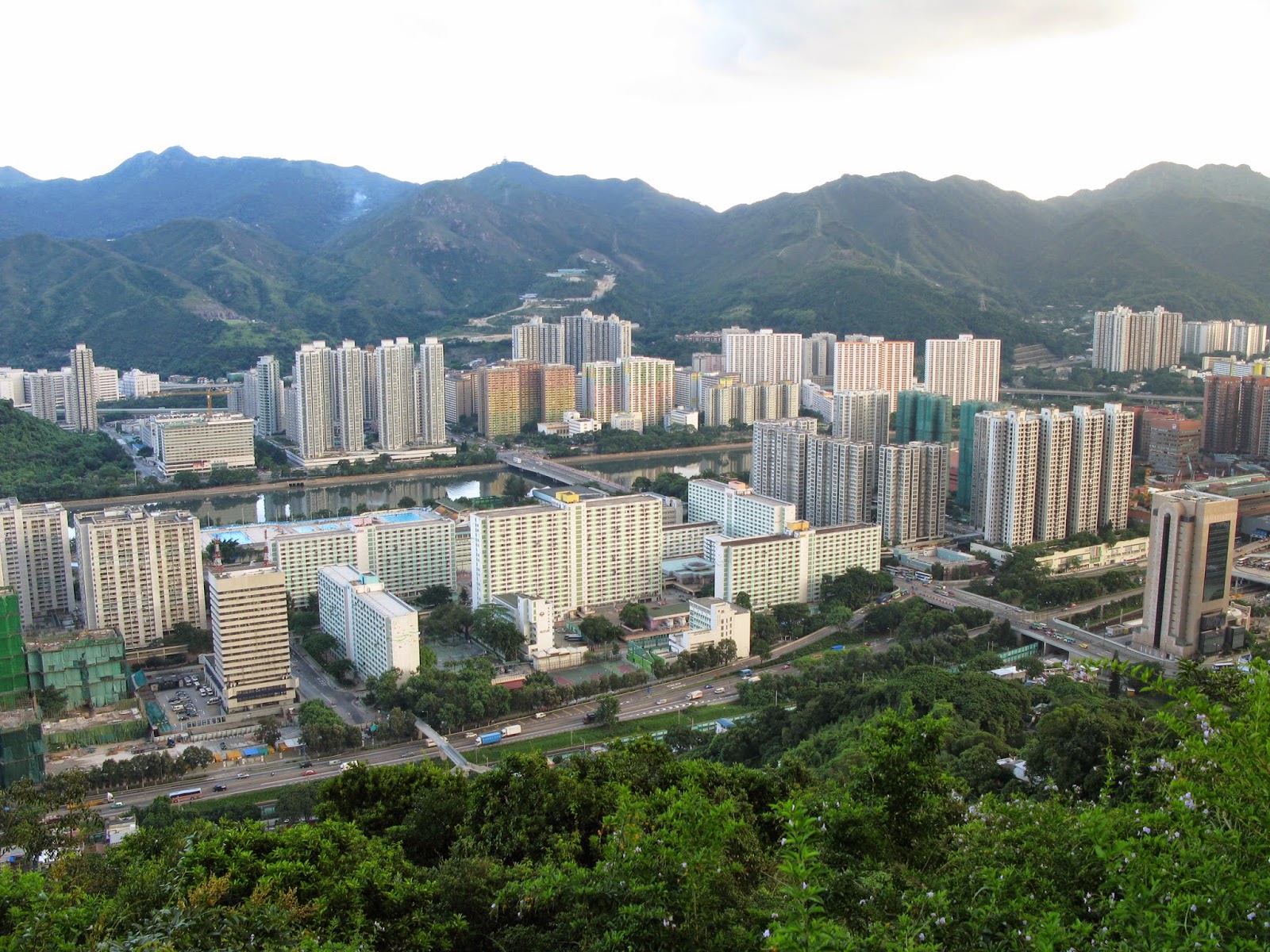 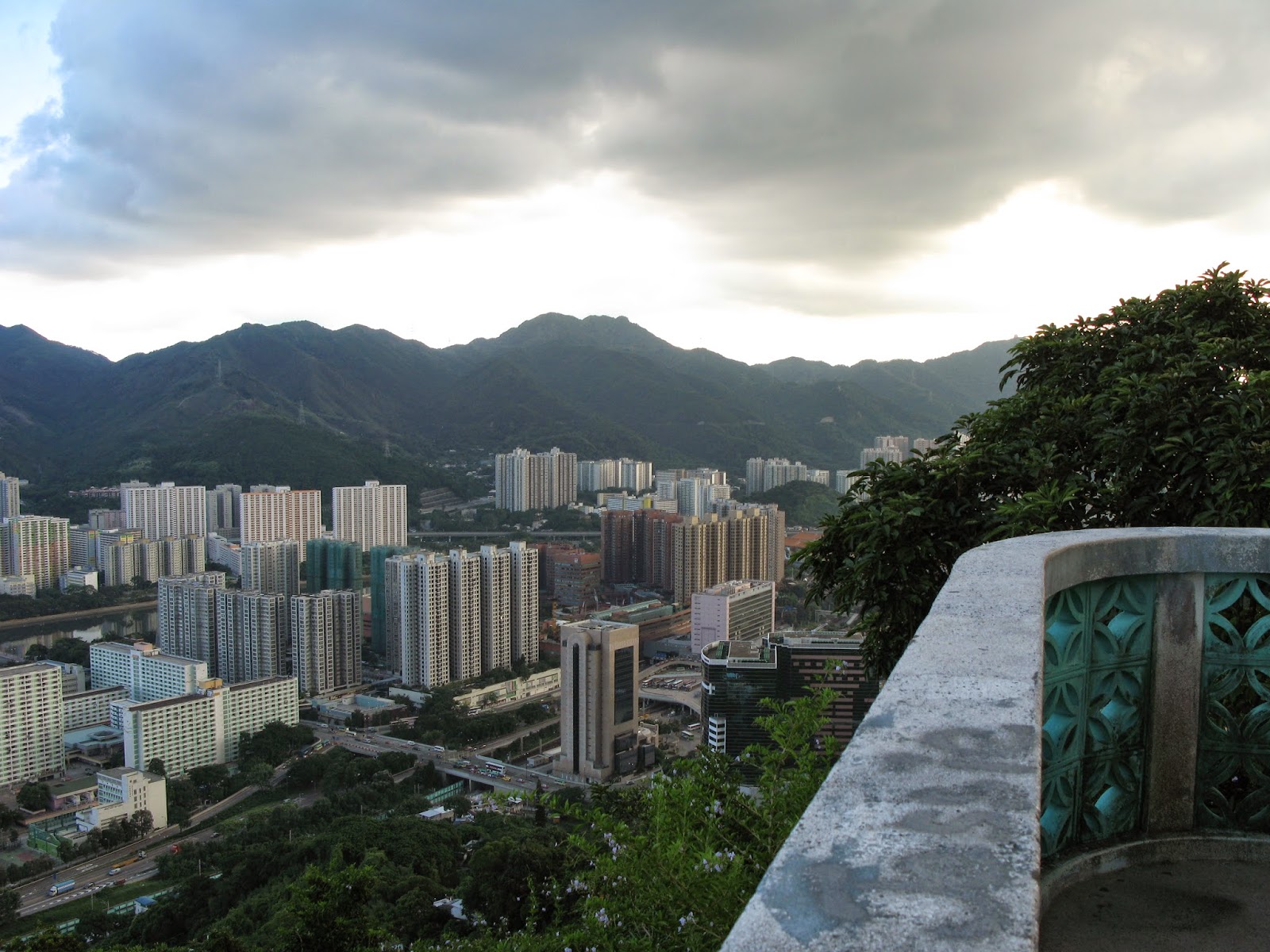 Lion Rock (from behind) in the centre 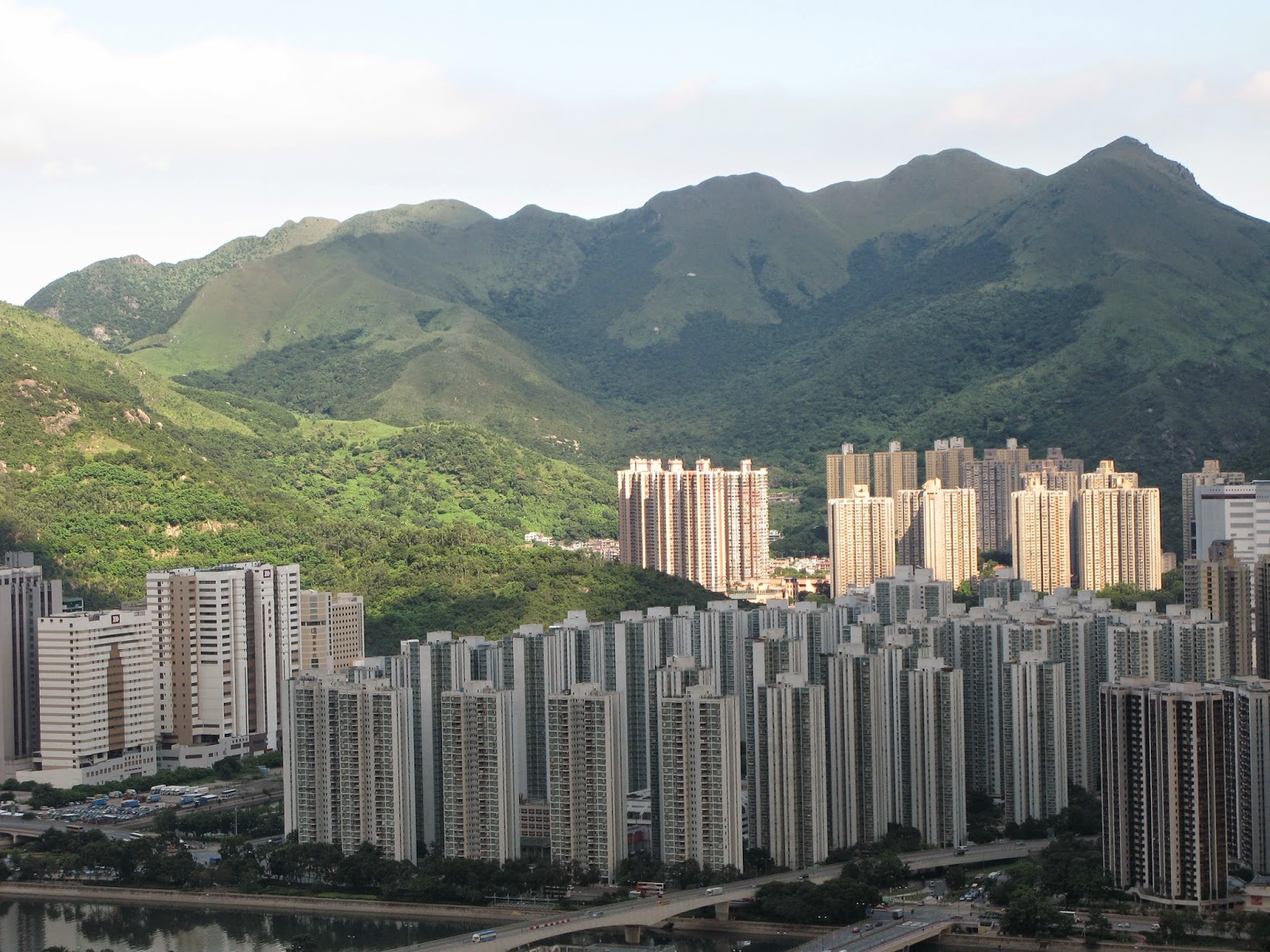 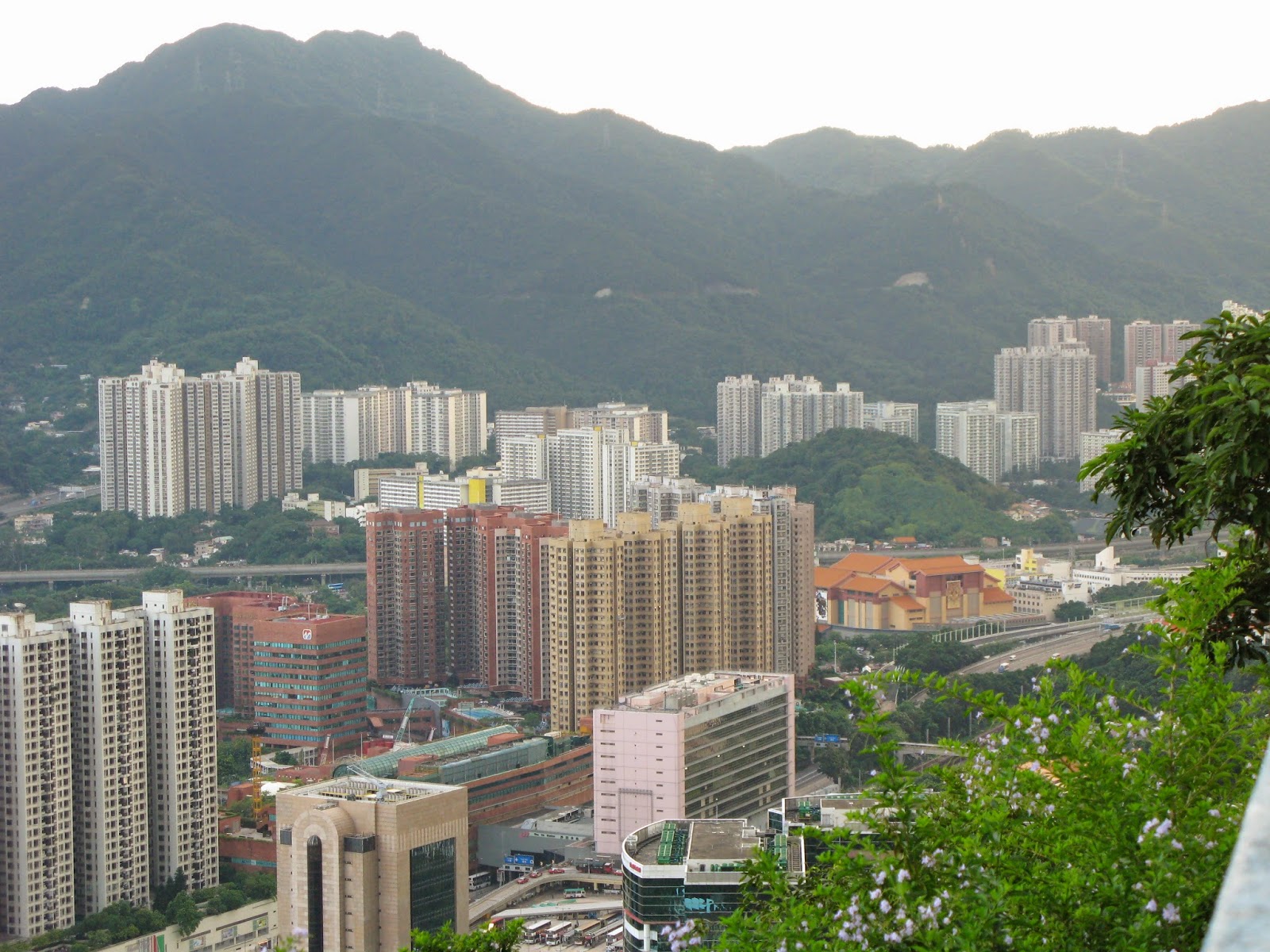 New Town Plaza and the Heritage Museum in the distance
I am wondering if the pavilion had a bit of a retouch, because the plaque in the lower right picture mentions a more recent date of 9th June 2004 and the characters in the middle look to be names - perhaps of those who contributed funding? If so it would be keeping in line with many other plaques I have seen inside temples, for example, that list the benefactors of various renovations and funding efforts. 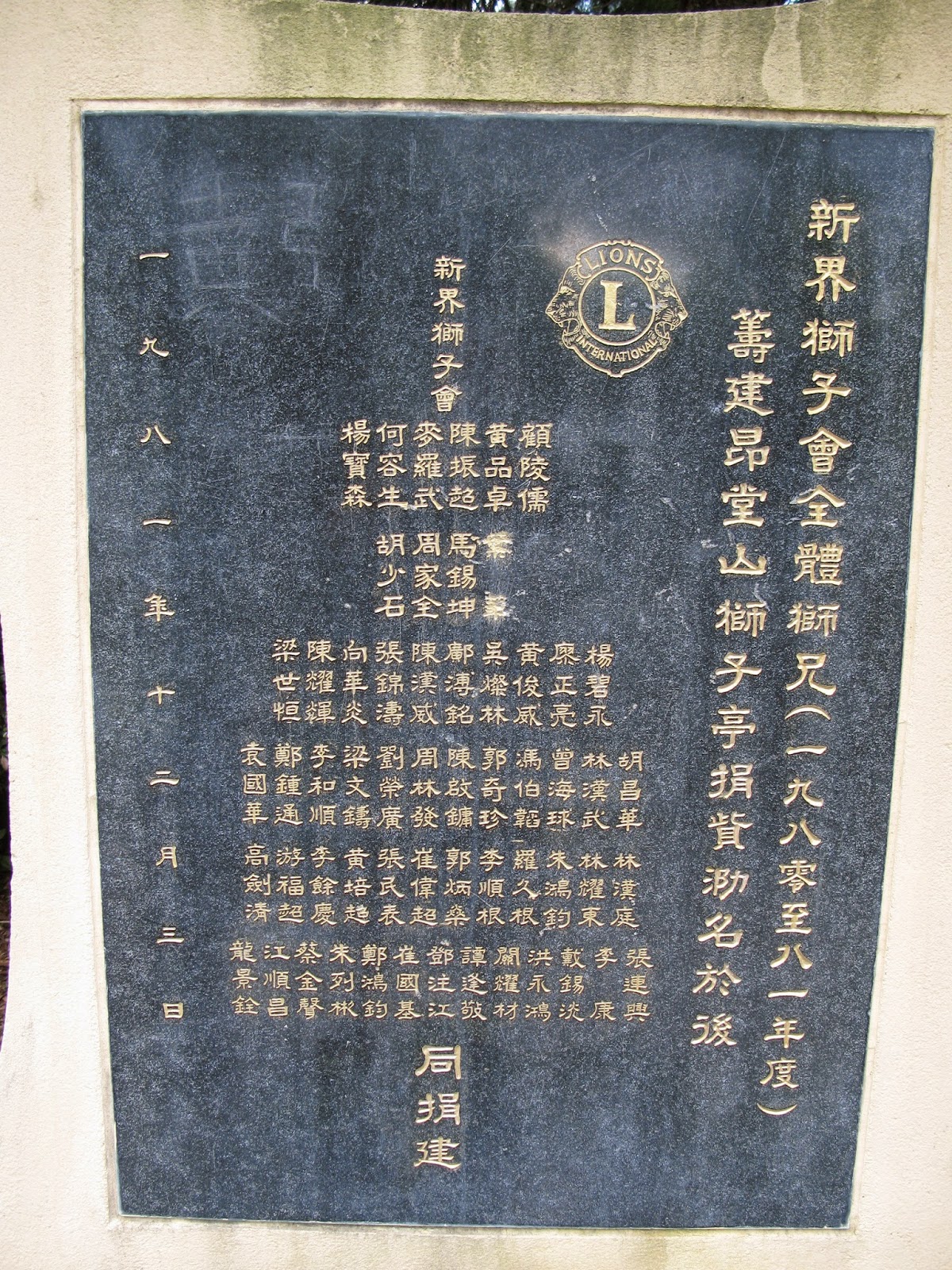 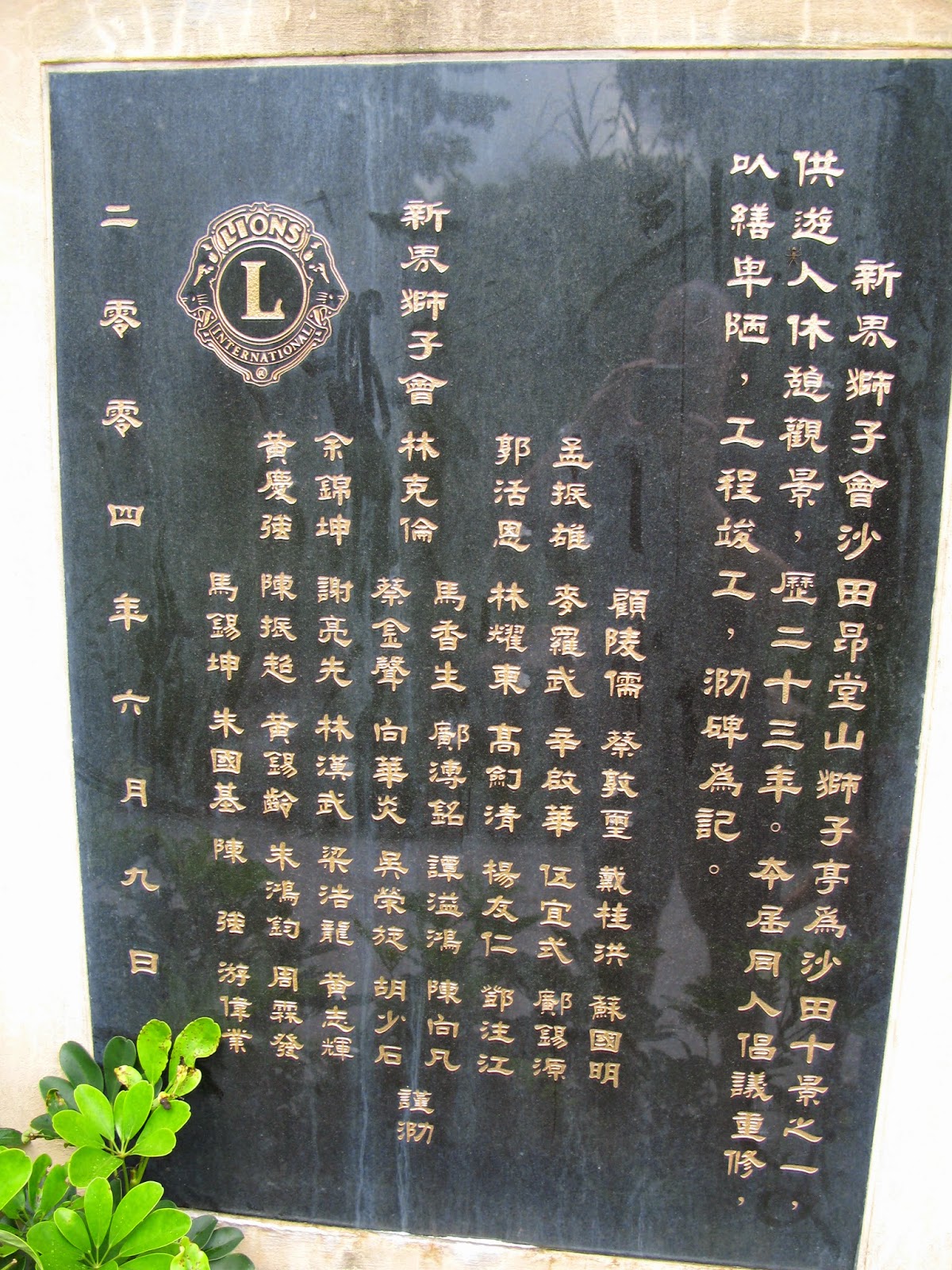 I may have to go back up for a look-see and see if there have been any notable changes to the landscape. I'm sure there are a few extra developments here and there. Despite the fact that this place sits almost directly above Shatin Town Centre, the route to get here is rather circuitous and you have to jump on the number 69K green minibus from outside Sha Tin MTR East Rail Station (the stop is at the bottom of the slope as you leave the station heading towards IKEA/Govt Offices/10000 Buddha Temple). The bus then heads up into Fo Tan to catch the Sui Wo Road past Shatin College and up to Ville De Jardin.

Hop out at the top and follow the external wall of Ville De Jardin around and you will see a path and some steps that lead to the terrace and pavilion. If there are any fans of Jackie Chan's Police Story film out there (I am), then you will be interested to know that Sui Wo Road was where he filmed the double-decker bus scene when the two stunt dudes got injured crashing through the upper deck windows and hitting the floor (just below the HK Baptist Uni staff quarters).
Posted by Phil at 15:47