A couple of years ago (2012), I joined a tour of the New Territories led by a local historian, Dr Patrick Hase. The tour was based around his rather interesting book concerning the so-called "6 Day War" that followed the leasing of the "New Territories" to the British authorities in 1899. We took in various sites that were involved in the handover ceremony as well as the various bouts of fighting that broke out afterwards. We started the tour up on Flagstaff Hill in Tai Po, where the flag-raising ceremony was conducted before moving on to Tai Po Tau, Lam Tsuen and then Sheung Tsuen in Kam Tin. The latter was where the decisive large battle was fought but our last stop of the day was to small village to the north of Kam Tin - a village which holds a rather morbid reminder of those events back in 1899. A mass grave containing the bodies of those killed during the short war.

You may recall from a previous post (if you made it to the end) that I was particularly miffed (to put it lightly) about the very recent demolition of one of the original Kowloon Tong Estate mansions.

Here’s the problem – yes, there are many original houses still standing, but many have been modified beyond their original design and it seemed as though # 4 Dorset Crescent was a fantastic example of the houses in their original form (along with the green-painted kindergarten on Cumberland Road). I was so happy to have stumbled across the place via Streetview that I wasted no time getting down there to grab a shot only to discover I was already too late. Sadly, the land had been sold the previous summer and the building has since been demolished and the ground cleared (including removing the elegant trees that shaded the front wall). 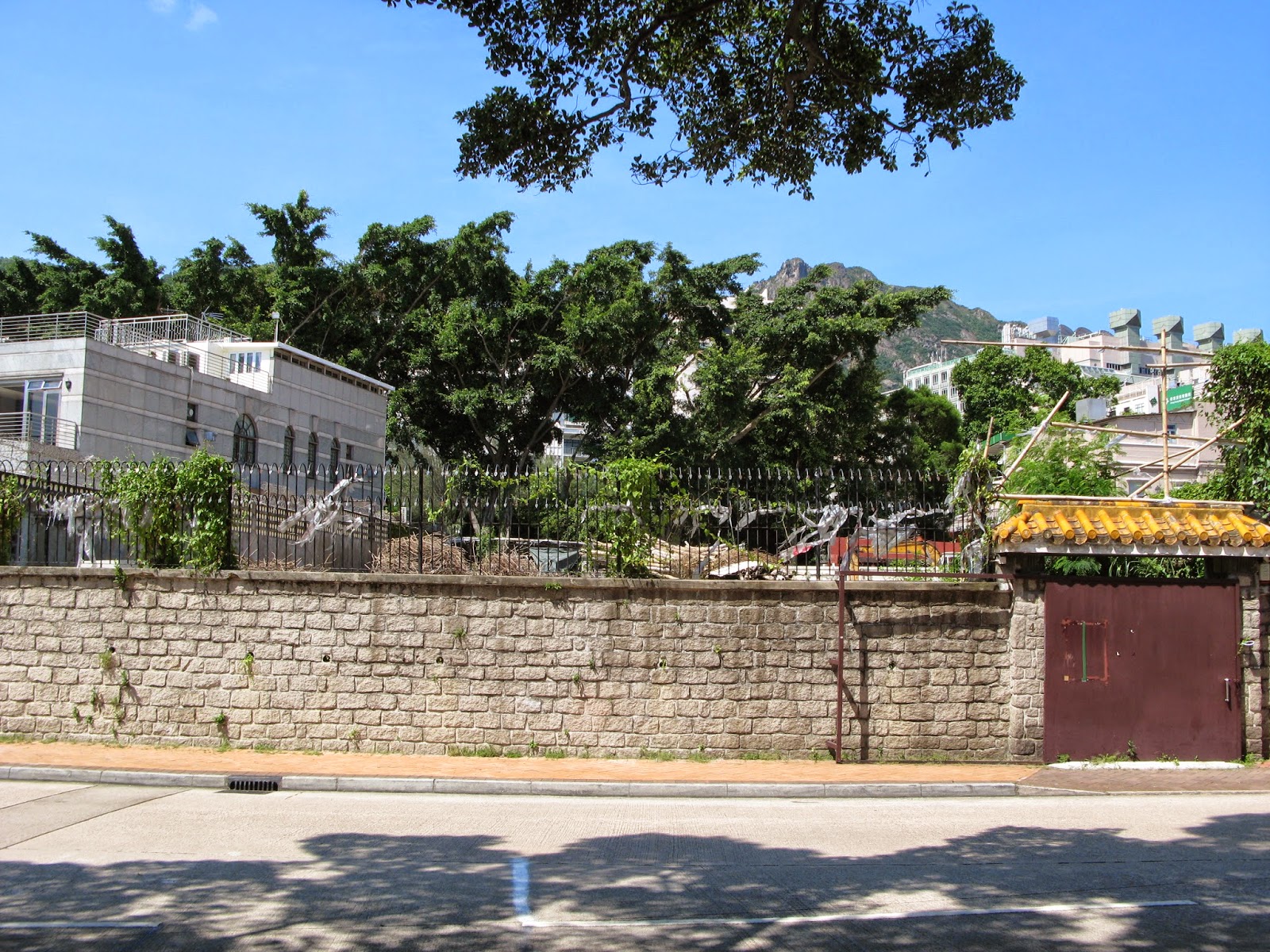