A couple of months ago I posted about the imminent demolition of the Tung Tak Pawn Shop - one of only four remaining curved Canton-style (i.e. with supporting front pillars) buildings left in Hong Kong. Sadly it looks as though that sad matter is being seen through to the end by its owner. So, rather than dwell on the negative in HK, let's head over to Macau (or Macao, if you prefer) and have a look at a nicely preserved example of Macanese pawnshoppery.

For those who don’t speak Portuguese (me included), Casa De Penhores is the Portuguese name for a pawnshop (lit: house of pledges). The Tak Seng On is one of the most famous pawnshops in Macau and sits on the Avenida de Almeida Ribeiro next to Senado Square. 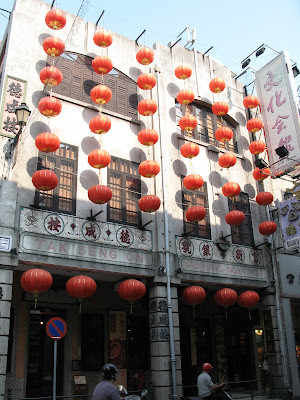 Despite the fact that Hong Kong's MTR system is usually lauded by anyone and everyone, my number one preferred way of navigating this place is by bus. Sure, it's not necessarily as convenient or speedy (or even as cheap for that matter) but it's certainly a great way to familiarise yourself with the general layout of things and take in some sights that you may not necessarily get to see stuck underground. So, following on from a post I did a while back for the 64K bus route from Tai Po to Yuen Long, here is one that may be more useful to anyone staying in Kowloon but wishing to head into the New Territories for a few hours. It's the #271 bus from Nathan Road to Fu Heng Estate in Tai Po. 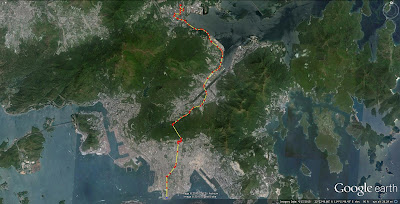 I had the misfortune (or fortune as it turned out) to be stuck out at Lobster Bay  (龍蝦灣 - Lung Ha Wan) for a couple of days over the summer whilst my youngest attended pony camp at the Clearwater Bay Equestrian Centre.

My initial intention was to drop him off and leave him but getting to and from Lobster Bay can be a bit of a pain if you don't have your own car so in the end I figured I should make the most of it and actually stick around and do stuff. I'm quite glad I made the effort because I ended up filling my time with some decent exploring and I found out the area has enough going on to keep you busy for a fair amount of time.