The Mai Po Marsh Nature Reserve sits in the far northern reaches of Hong Kong's New Territories. It's not the easiest place to visit for two reasons 1. you need to pre-book onto a tour, no turning up on spec and 2. It is far away from the rail network which means you have to get there via taxi or green minibus. Luckily, it's been run by the WWF HK since 1983 and so all the information you require about it can be found by going to this page.


I did this the lazy way and just joined an organised trip done through my wife's work, but it was well worth taking the time. If you've ever visited the wetland park in Tin Shui Wai then this is more of the same but in a more natural environment (less boardwalk and more picturesque pathways) and I feel more worth the effort. 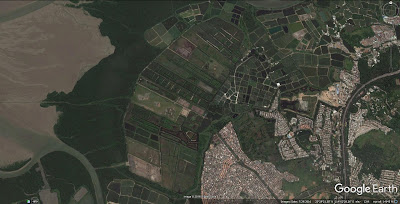 The total area of the reserve covers around 2.5km by 1km and is bounded by the Frontier Closed Area border fence around one edge (it was actually still part of the FCA up until 2012). There's a fair amount of open space, but the walkable parts are limited to the edges of the various long ponds that stretch from one side of the reserve to the other in 100 metre (or so) steps. Theoretically you could spend a fair amount of time walking the length of these things but the WWF has (quite rightly given how uncontrollable some visitors can be) limited access to a few paths to various bird hides and to the perimeter. Still, you get a good feel for the place even if freedom of movement is steered somewhat. 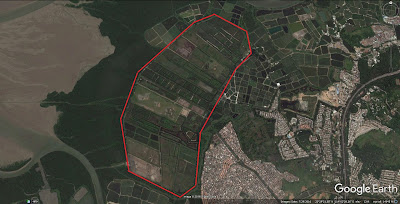 Sadly, it was a bit drizzly and overcast on the day I went so I didn't get to see the area in its full sunny glory, but the marsh is quite impressive in any weather with its large swathes of mangrove, migratory birds and canal like waterways. 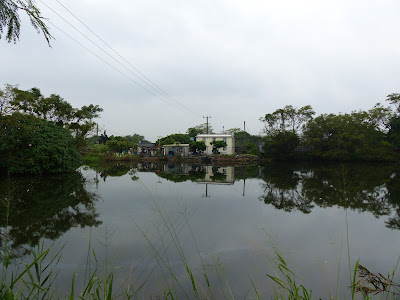 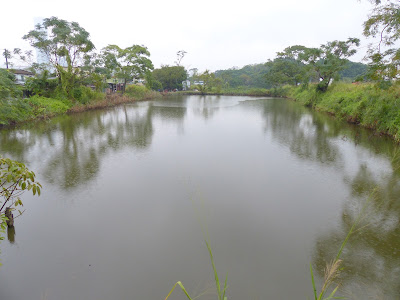 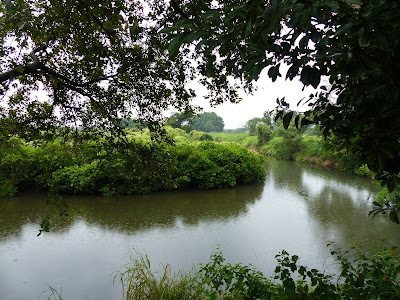 This place is also a haven for birds and the people who watch them and as a result there are several wooden hides constructed at strategic points to allow the ornithologically-minded to observe without disturbing the environment. However, being inside the hide isn't a prerequisite for seeing some of the local wildlife and we saw a fair amount of Great Cormorants. These guys were everywhere and usually high up in the tree tops. It turns out these particular birds migrate here from the colder north for the winter and hang around the wetlands (and surrounding waters of Shenzhen Bay) feeding on the fish before heading back home after winter. 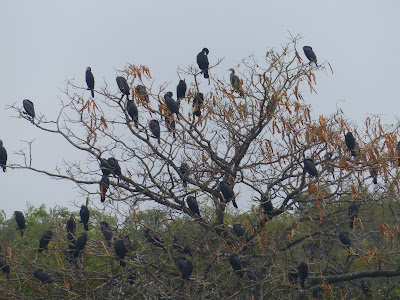 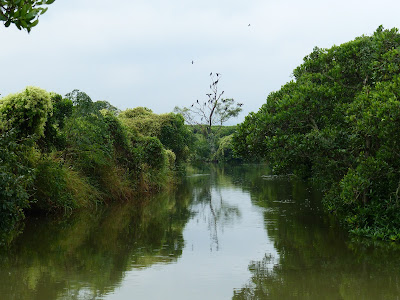 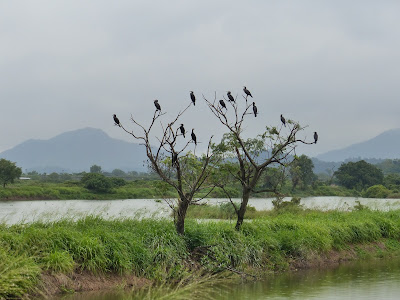 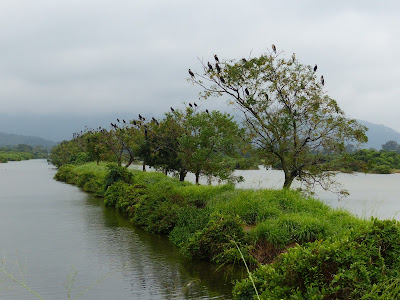 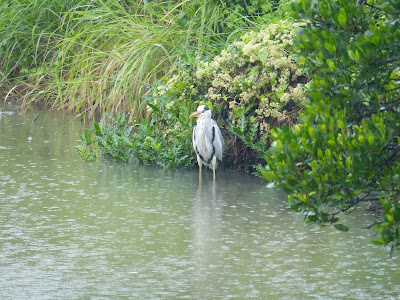 Birding aside, if you enjoy nature (and living in a place like Hong Kong certainly makes you appreciate it) then it is well worth the effort of organising a visit here and spending a few hours walking around the various pathways. The WWF also has a nature education centre which involves presentations and demonstrations detailing some of the flora and fauna. For example, while we were there we saw a presentation on the local population of fireflies. 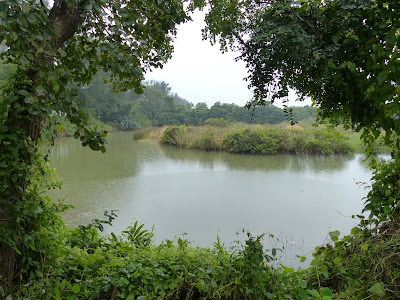 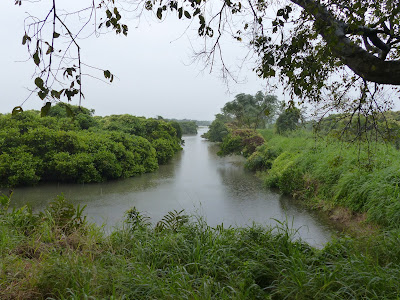 It's frustrating. Having just heard the news that the HK Govt is about to stump up another HK$5 Billion for Disneyland whereas the WWF receives a minimal subsidy from the same Govt to maintain the nature reserve, you begin to understand the way the Govt here works. It sees little to no value in ecological attractions such as this and, if anything, consider them a barrier to further redevelopment. So I shall leave you with some nice pictures to try and encourage you to go there yourself (and take better pictures). 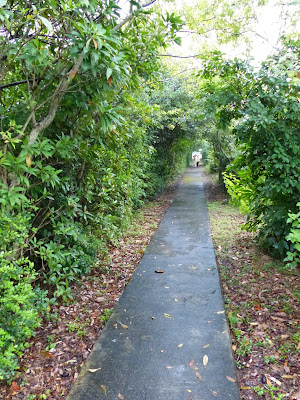 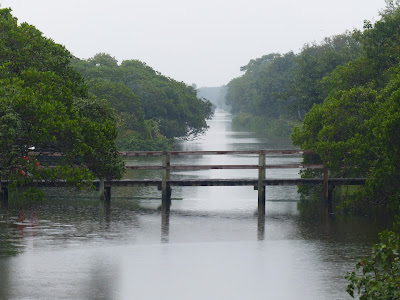 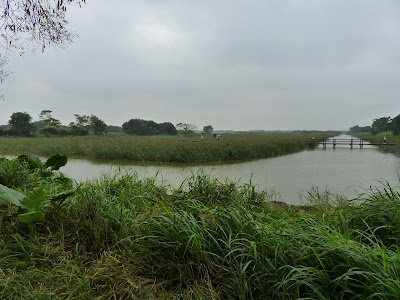 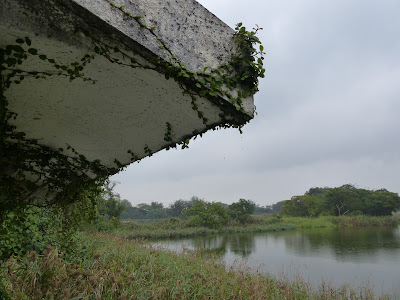 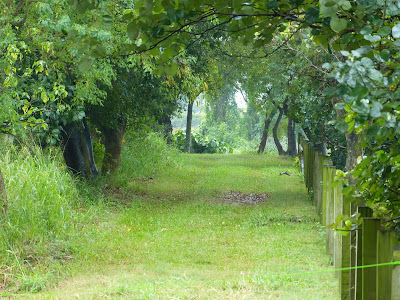 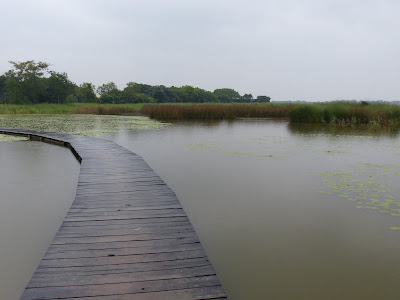 In case you are wondering what fate this place might have in store for it in the future take a look at the following picture. The whole border region was once similar to Mai Po - fertile agricultural land used for rice growing a fish/prawn farming. Just within the last 30 years the Chinese side (Shenzhen) has developed into a mega metropolis whilst the HK-side has remained undeveloped. Let's hope it stays that way. 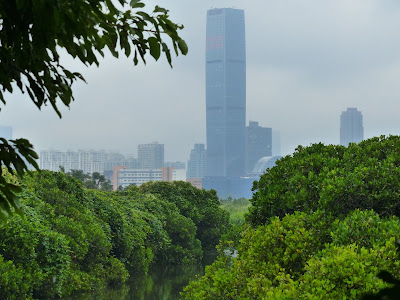 Beauty and the beast
Posted by Phil at 13:00