As the year draws to a close and I look out of my window and see the rather grim state of the air at this time I felt the need to rehash an old post done in a time of much nicer weather and infinitely more breathable air. Also quite timely for those wishing to find a decent vantage point to watch the New Year fireworks. Well, actually I've never bothered to go and see what the fireworks are like from here (or anywhere else for that matter) - just can't stand the crowds - but this place may be worth checking out because it is one of the lesser-known (or at least lesser-considered) views across the harbour. It's the roof terrace of the HK-China Ferry Terminal on Canton Road in Tsim Sha Tsui. I say "lesser-considered" because the ferry terminal building's location is a little further away from the harbour compared to the more favoured spots, but it still provides some great views with the added bonus that it isn't very busy. When I was there in the height of the summer a few years ago I was the only person there. 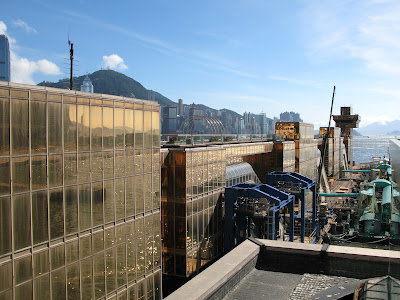 HK China Ferry Terminal Building
You don't even have to wander along the crowded pavement of Canton Road to reach here because there is a very handy link bridge that connects to ferry terminal building to the west side of Kowloon Park. All you need to do is to wander past the "Bird Lake" behind the Heritage Discovery Centre and the path will take you to the bridge. 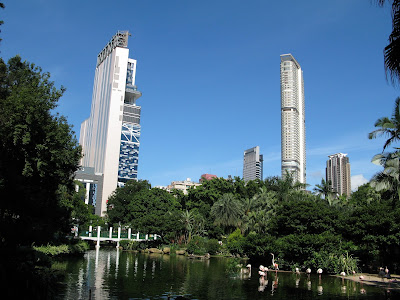 Looking back across the Bird lake at Kowloon Park

Once you cross the bridge you walk alongside the Royal Pacific Hotel and if you are offended by the sight of gold-coloured windows you may want to consider either closing your eyes for the next five minutes or invest in a pair of heavily tinted sunglasses because this place is just one big gold colour. Thankfully, once you are actually on the roof terrace you should be okay as long as you don't turn around. 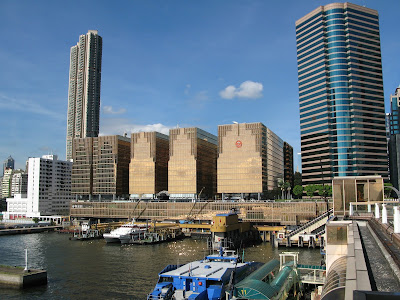 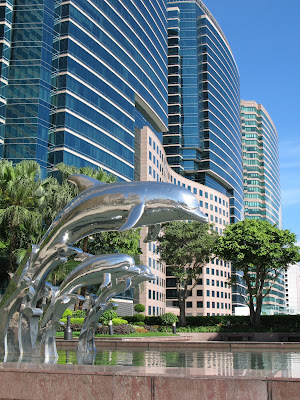 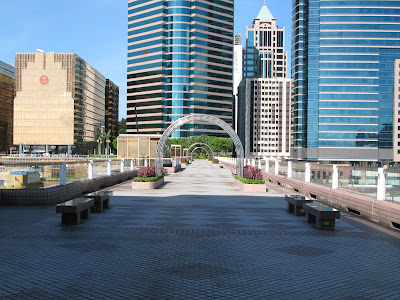 Anyway, onto the views. I should note that these pictures were taken in the height of the summer (early July) which is why you can actually see Hong Kong Island on the opposite side of the harbour. I often get asked about the best time to visit HK and my answer isn't always a popular. For the clearest views (i.e. lowest pollution/haze) there is a window of consistently good weather between the latter part of May and early part of June. From my 10 years here, this has consistently been the clearest time of year largely due to strong winds from the south. The downside for most visitors not used to the heat is that this is also one of the hottest parts of the year and summers in HK can be oppressive if your not used to it. So, to maximise the chance of visiting with good skies then come in June/July. If you prefer cooler weather then winter is the time to come but you will find that the pollution and haze ruin all of your city vistas. 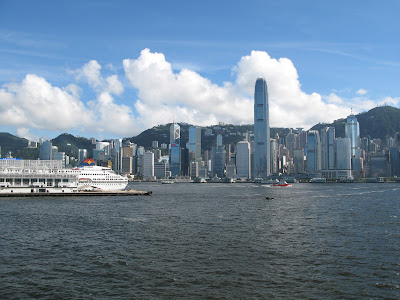 Ocean Terminal in view on the left 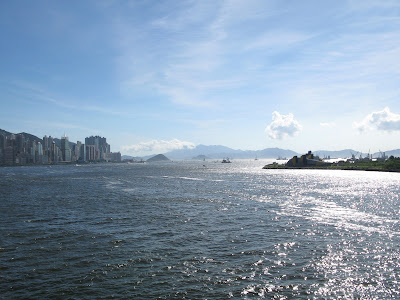 Looking to the west 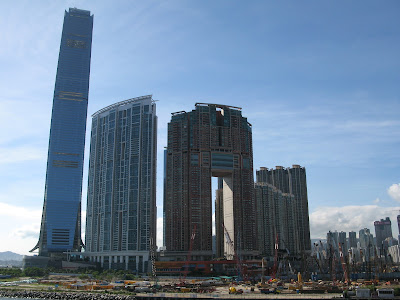 What I hadn't realised at the time of my visit - which happens to have been 3rd July 2010 - was that that very morning a Macau-bound helicopter had crashed into the harbour due to a faulty tail rotor. Thankfully it wasn't a fatal crash and the 13 passengers and crew were rescued by passing boats. The fire boat below was still inspecting the area when I arrived in the afternoon even though the chopper had already been taken away. I only heard about the incident on the evening news. 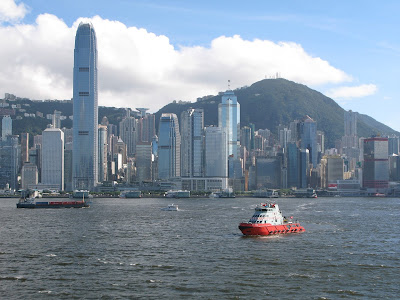 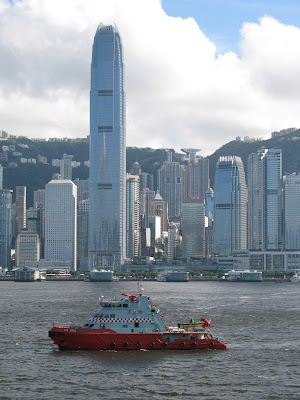 Looking for the tail rotor?