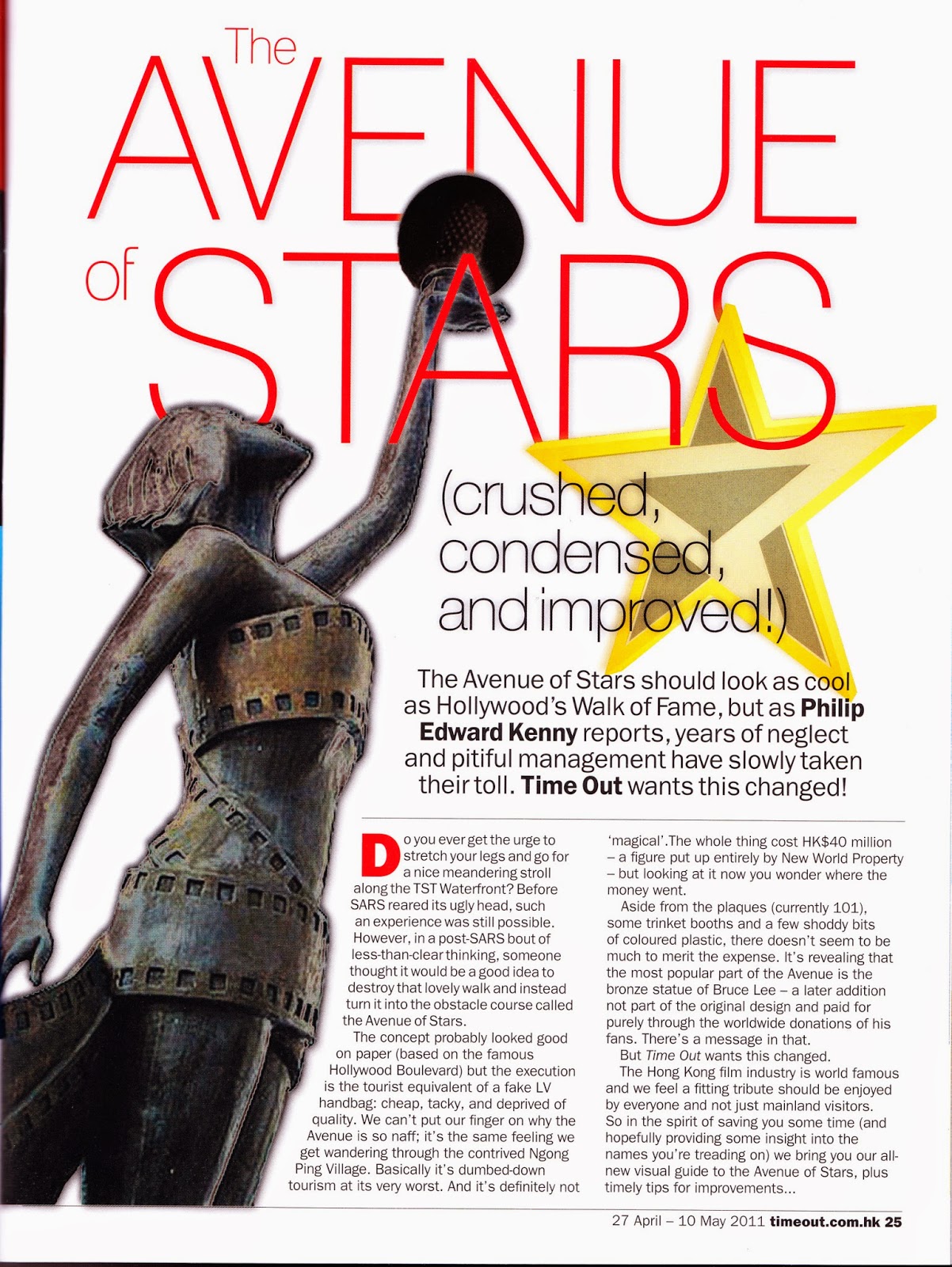 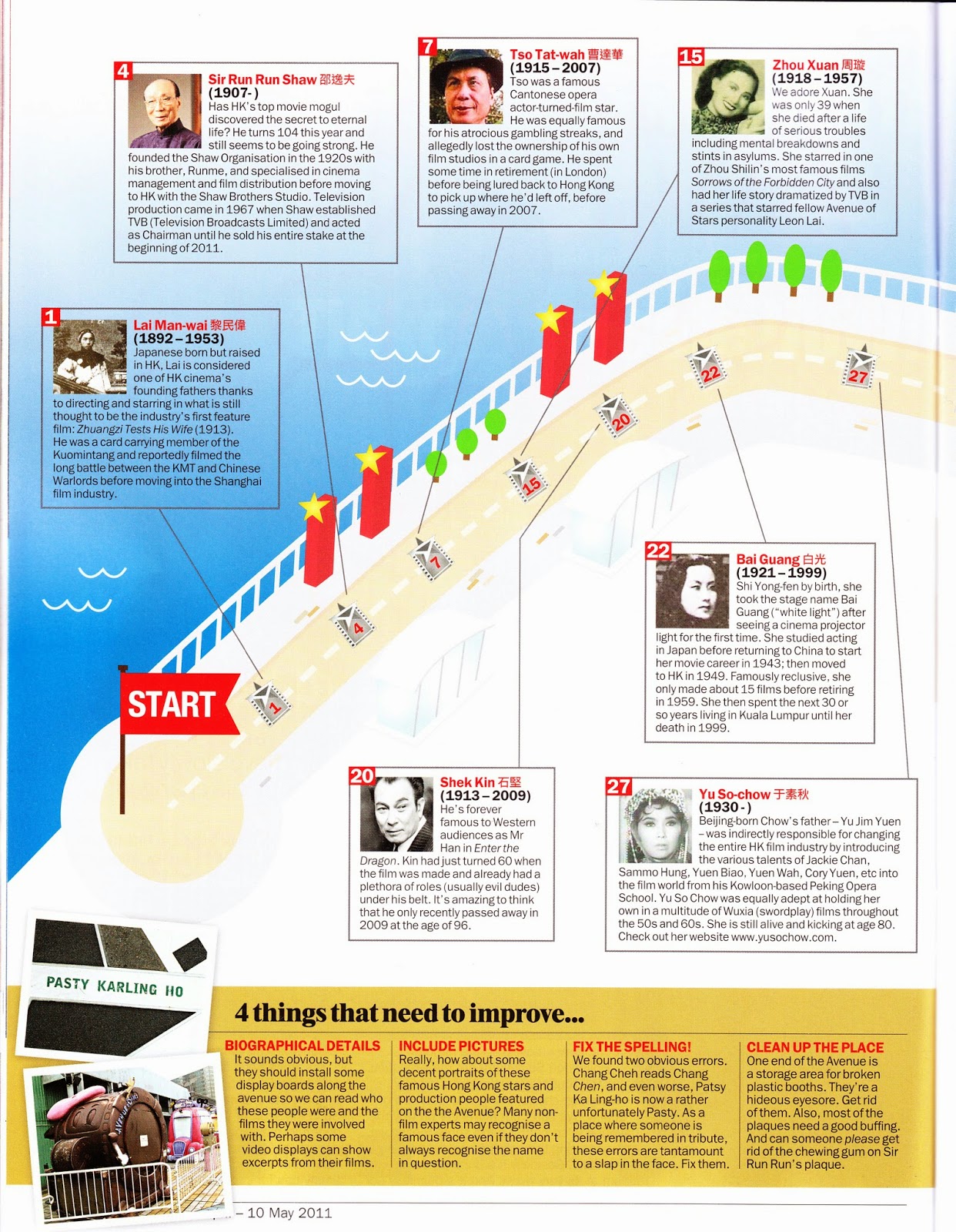 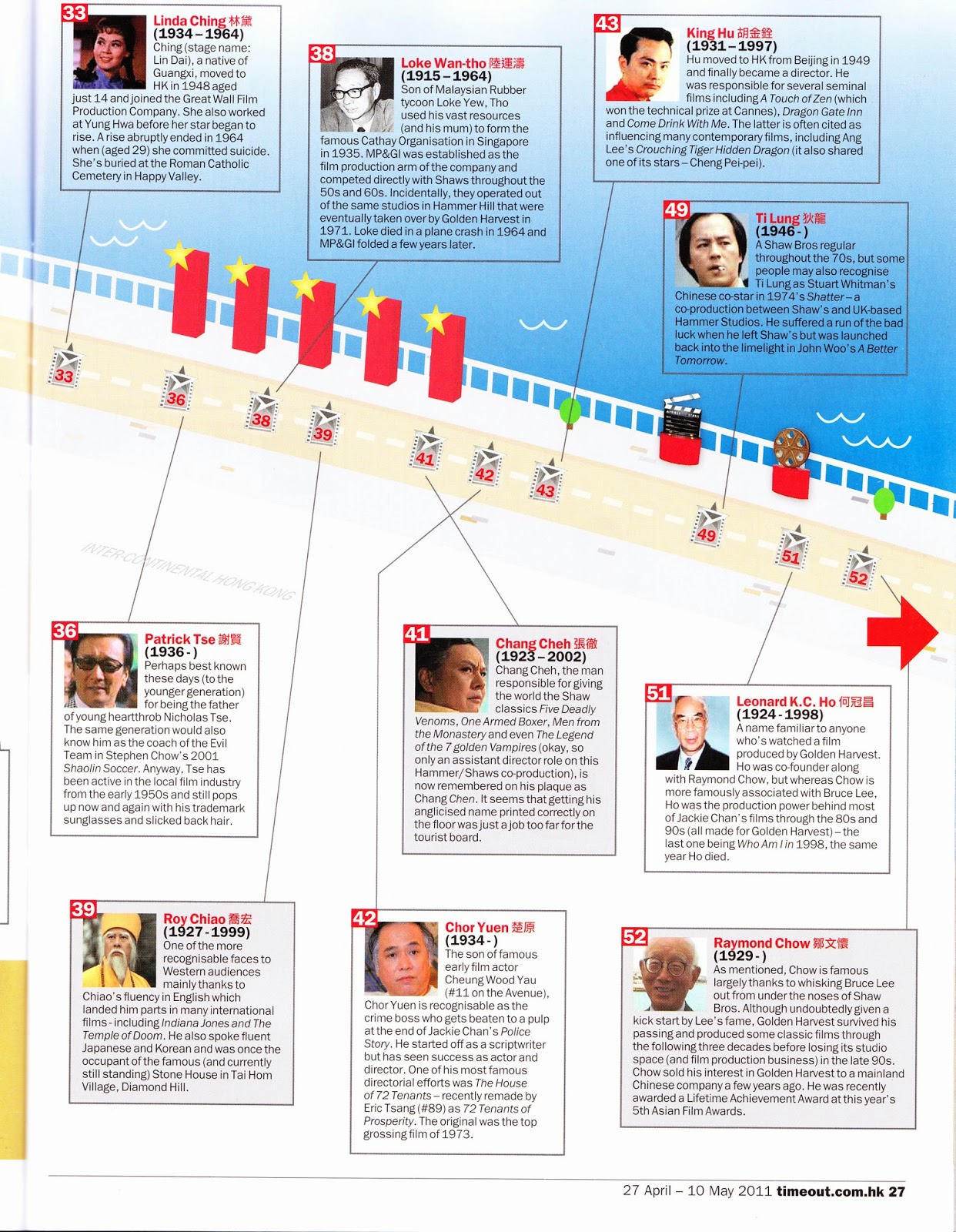 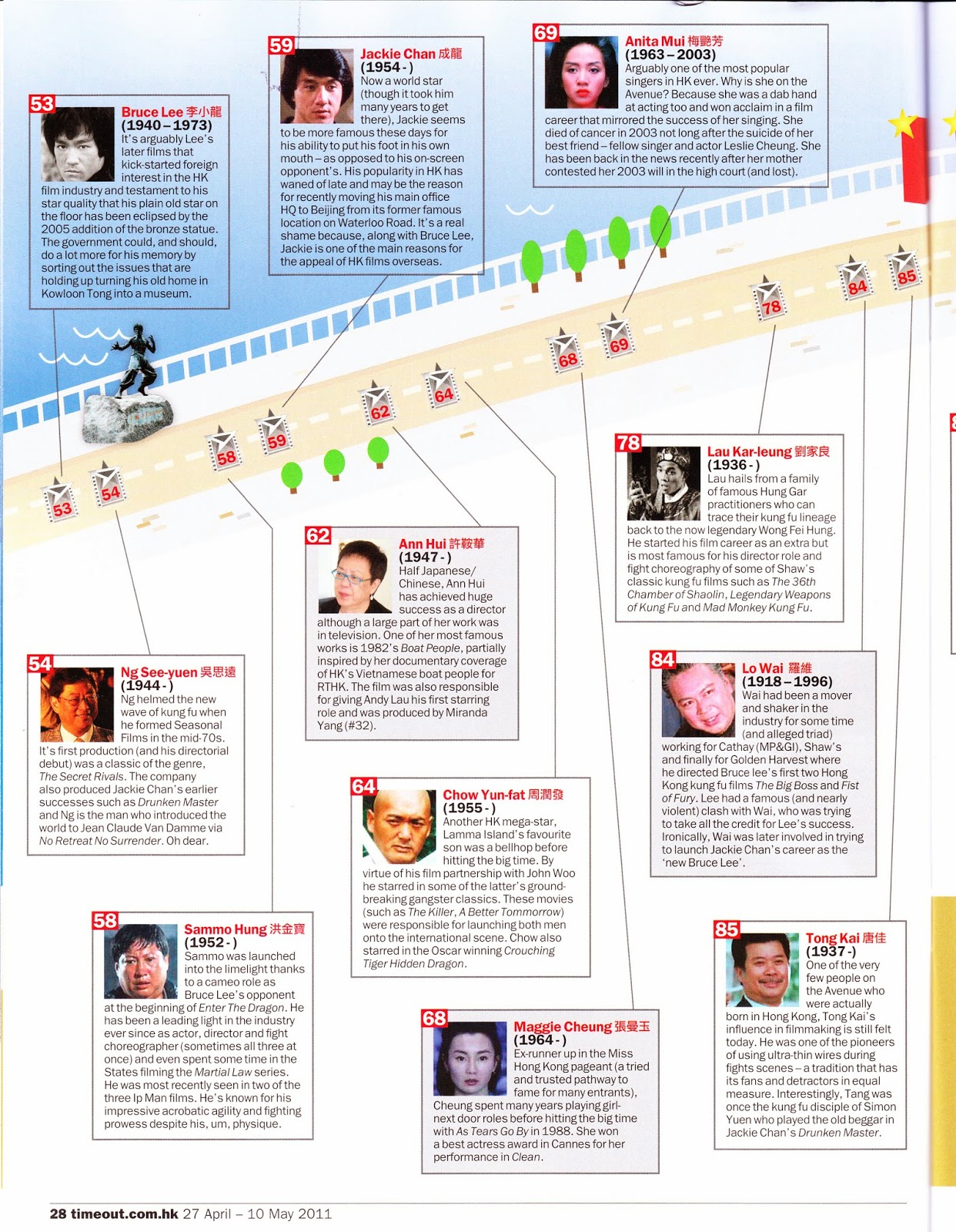 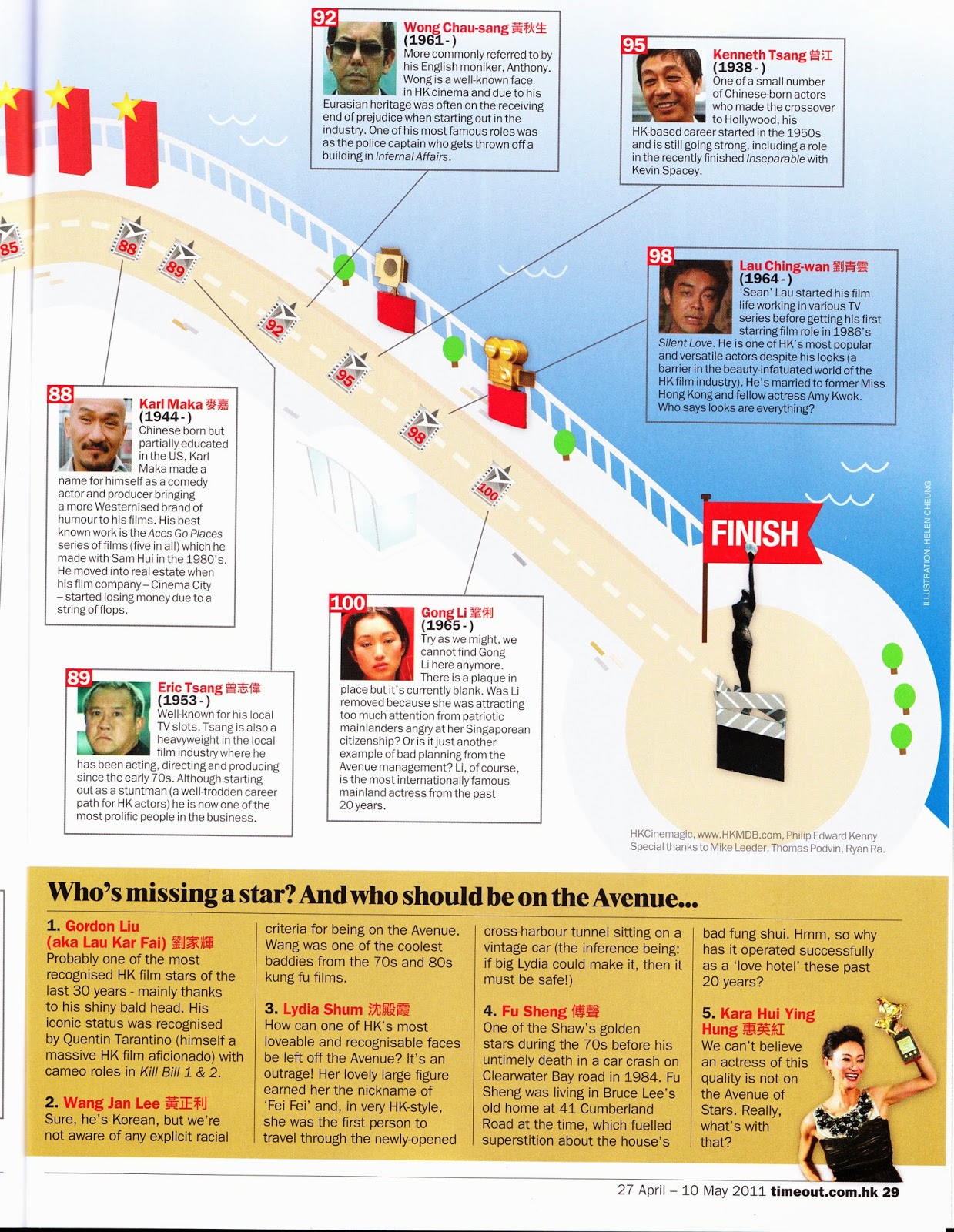 The article ran back in April/Mat 2011 and I guess a few things have changed since then, such as Sir Run Run Shaw passing away this year in Jan 2014 - I guess he hadn't discovered the secret to eternal life after all? Another one who has sadly passed away is Lau Kar Leung (#78). He died last June (2013). More sad news was that Lau Gar Leung's adopted younger brother - Lau Kar Fai aka Gordon Liu see the bottom sidebar about who should be on there - suffered a catastrophic stroke in the summer of 2011 and has been slowly trying to recover, not helped by the fact that his former assistant has stolen all his money, amounting to millions of HK dollars. Get well soon Gordon.

On a happier note, Kara Hui (also in the bottom sidebar) has eventually made the dubious 'honour' of getting her own star on the Avenue :-)

...however, just a couple of weeks after this edition of Time Out was published, the SCMP ran a small story concerning the management of the Avenue denying that the reason Gong Li wasn't yet on there was a political decision but was due to her not having time to provide hand prints. Yeah right! On a side note, I did wander down to the Avenue again a few months ago (around Jan time) and noticed that even now, 3 years later, there is still no star or name for Gong Li, even though she is still listed as #100. Weird.
Posted by Phil at 16:14