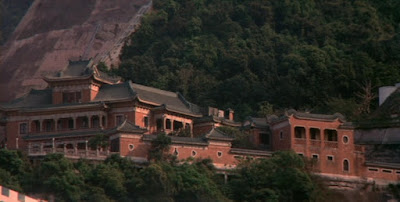 On a few earlier trips out I had tried to find out where this building was and failed miserably. It wasn't until I finally moved here in 2006 that I finally stumbled across it, by accident, on a trip up to the Peak one day on the #15 bus. It's at 45 Stubbs Road. 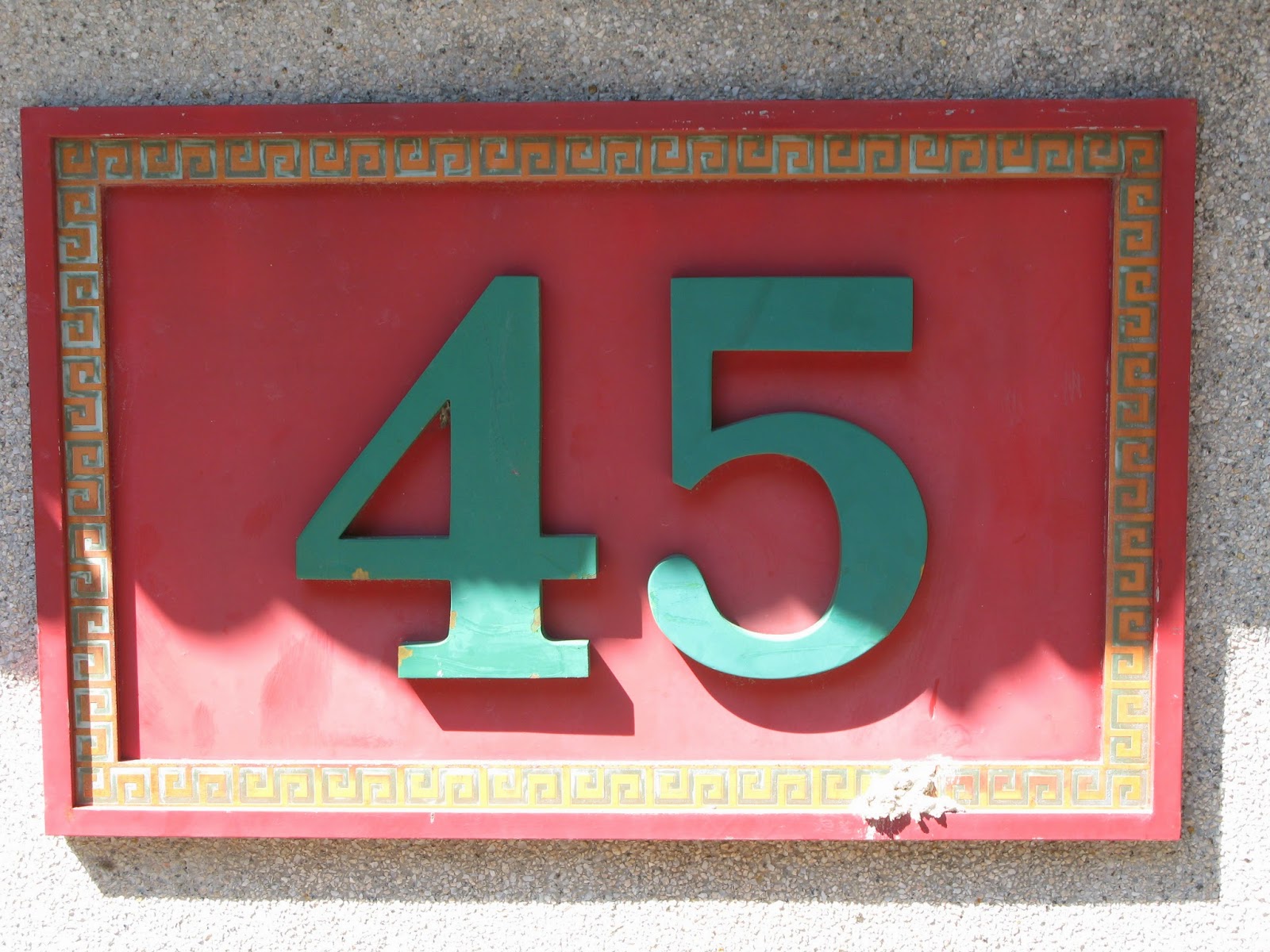 Since that day, not only have I found a couple of other on-screen uses of it (see later), but also followed with great interest the events that began to unfold in 2007 when its long term owner, Stephen Yow Mok-shing, sold it. What followed the sale was a rather sorry indictment of the way the HK Govt often works (or doesn't work, as the case may be).

Mr Yow had bought the property in the mid-70's as an investment and he and his family had spent various amounts of time there over the years, but the upkeep and maintenance was getting a bit too much and so it was considered a good time to sell. House prices in HK were at a pretty good level and the eventual sale price exceeded, I believe, HK$400m+. I suspect that that price was a pretty good return on investment for the Yow's. 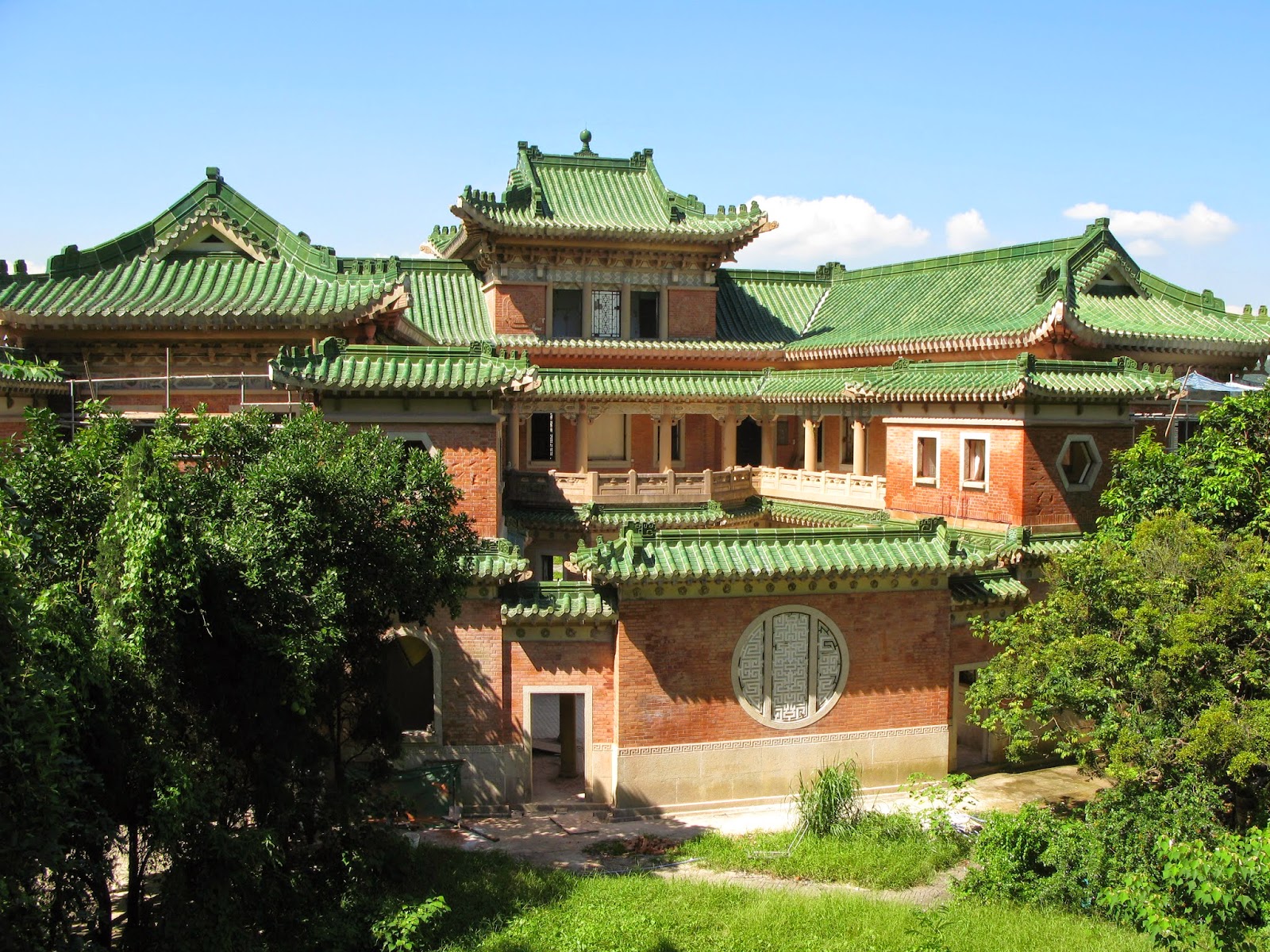 Taken in 2009 after the new roof tiles had been attached

Unfortunately for the conservation minded, inevitably, the new owner had no intention of keeping the place and just wanted the land for redevelopment and in a rather sneaky bit of cynical manipulation he set about readying the place for demolition. It took a few days for people to notice but all of a sudden some rather large holes started appearing in the external walls, the old window frames were ripped out but most disastrously, the glazed green roof tiles were smashed to pieces and dumped. In hindsight it seems to be that the owner was being careful about not knocking it down straight away but damaging it to the point whereby saving it would be deemed useless by the Govt. It may or may not be a coincidence that the secretive new owner, who'd bought the property via on offshore shell company called Ice Wisdom, was later outed as Cheung Chung-Kiu - a Mainland property developer with very close ties to Donald Tsang's then HK Govt. 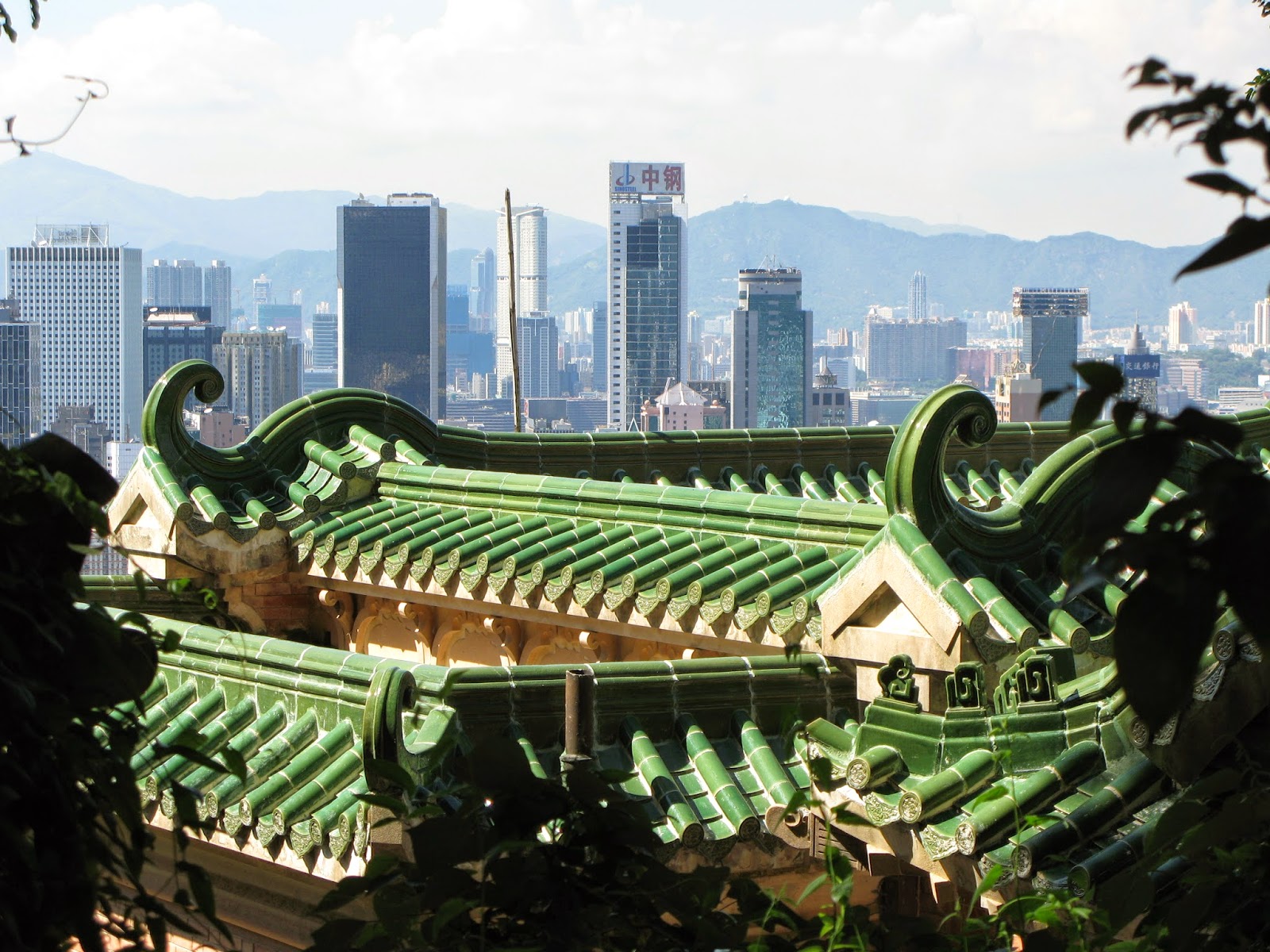 In true face saving and buck-passing fashion that people in Hong Kong know so well, the Govt were very quick to lay the blame on the former owner, Stephen Yow. They explained - in this case correctly - that the building was privately owned and therefore they had no way to intercede in the matter. What they neglected to mention - other than their close links to the new owner - was that Stephen Yow had already made several attempts to offer the building for sale to the Govt in order to secure its preservation. This fact didn't come out until several days later, after the Govt had already denied this was the case and after Mr Yow was vilified in the local press as a result of their denial. 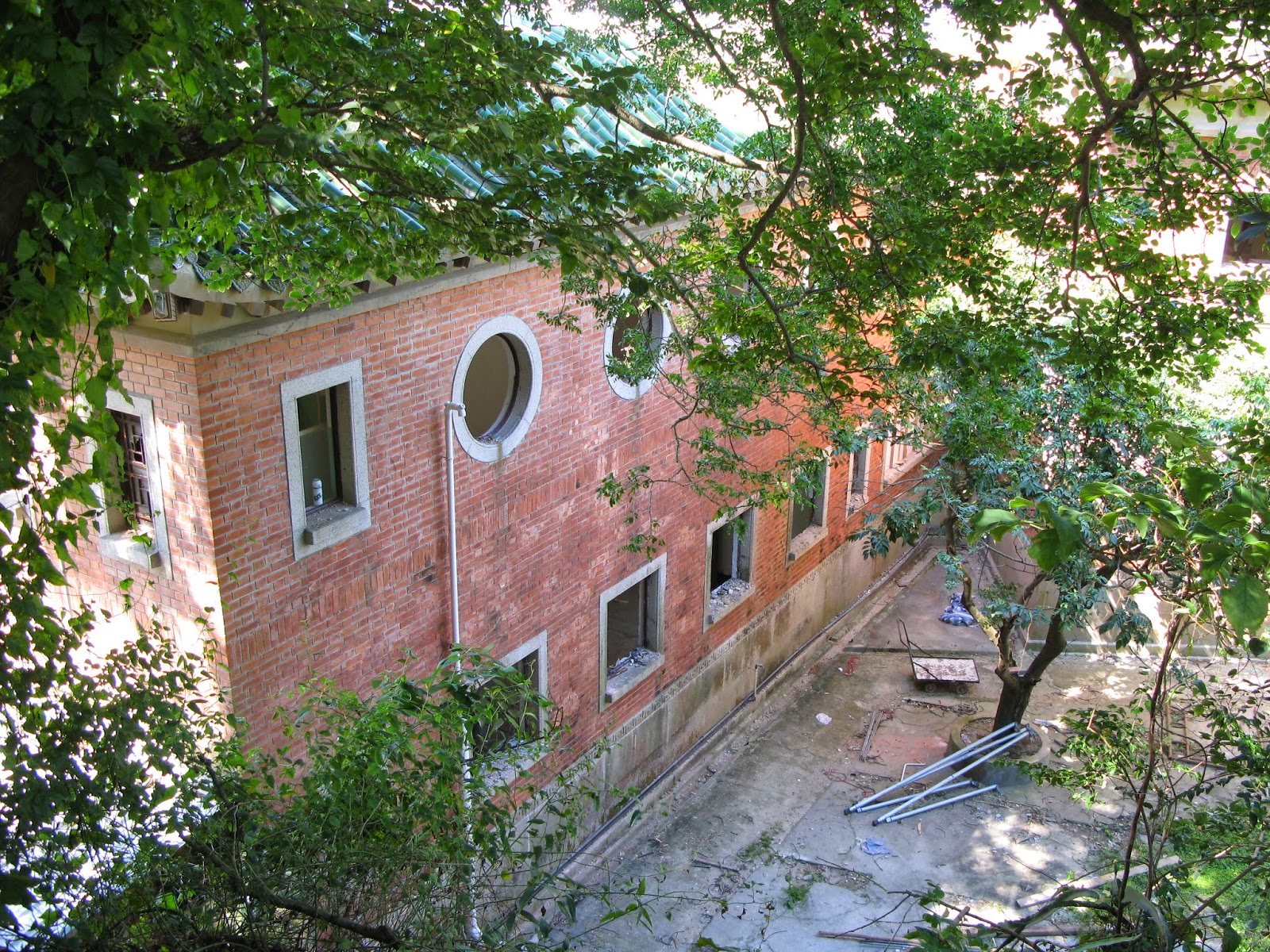 Eventually, someone finally owned up to this fact and everyone decided to turn their attention on who the new owner might be (it was still unknown at this point, at least to the general public). What followed was the Govt realising they had to eat some humble pie and make some effort to reach and agreement with the new owner over the building's future and a land swap deal was struck by which an adjacent piece of land of similar size and plot ratio was exchanged for the building. What surprised me about it all was that Ice Wisdom agreed to stump up for the costs of repairing the damage that had been done to King Yin Lei. The place was declared a Monument (protecting it, in theory, from future demolition) and a massive renovation project was launched to fix the holes and restore the roof to its former glory. The building disappeared under blue tarpaulin for a long time before being reopened to the public in 2011. Yes, the place was so damaged it took 3 years to fix! 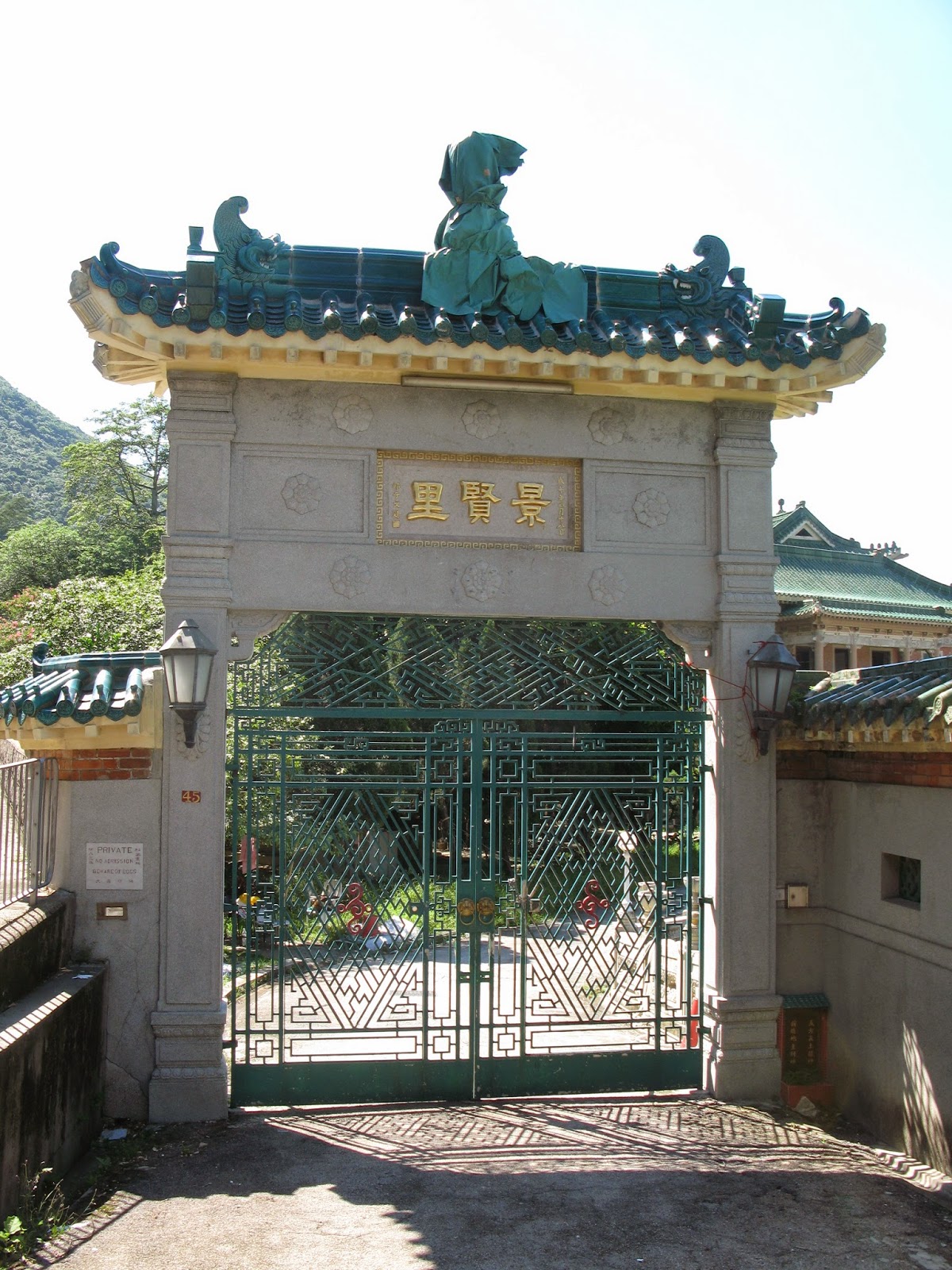 The restoration project was run by Professor Tang Guo-hua from Guangzhou University and involved work that could only be done by skilled artisans from as far away as Fujian province.

The Govt did run sporadic open days for a while - starting in April 2011 - with a limited number of tickets, none of which I managed to make it to, sadly, and in a somewhat ironic twist they asked Stephen Yow to lend them some of his furniture to furnish the house with for the open days. However, as of early 2014, the open days have now come to a close and the Govt has undertaken a bidding process for the building's adaptive reuse. Unfortunately, one of the main limitations of the property is that despite its 17,000 sq ft size, most of the space is divided into rooms too small to be of any great use, limiting the potential for its future utilisation. I guess we will just have to wait and see what happens. 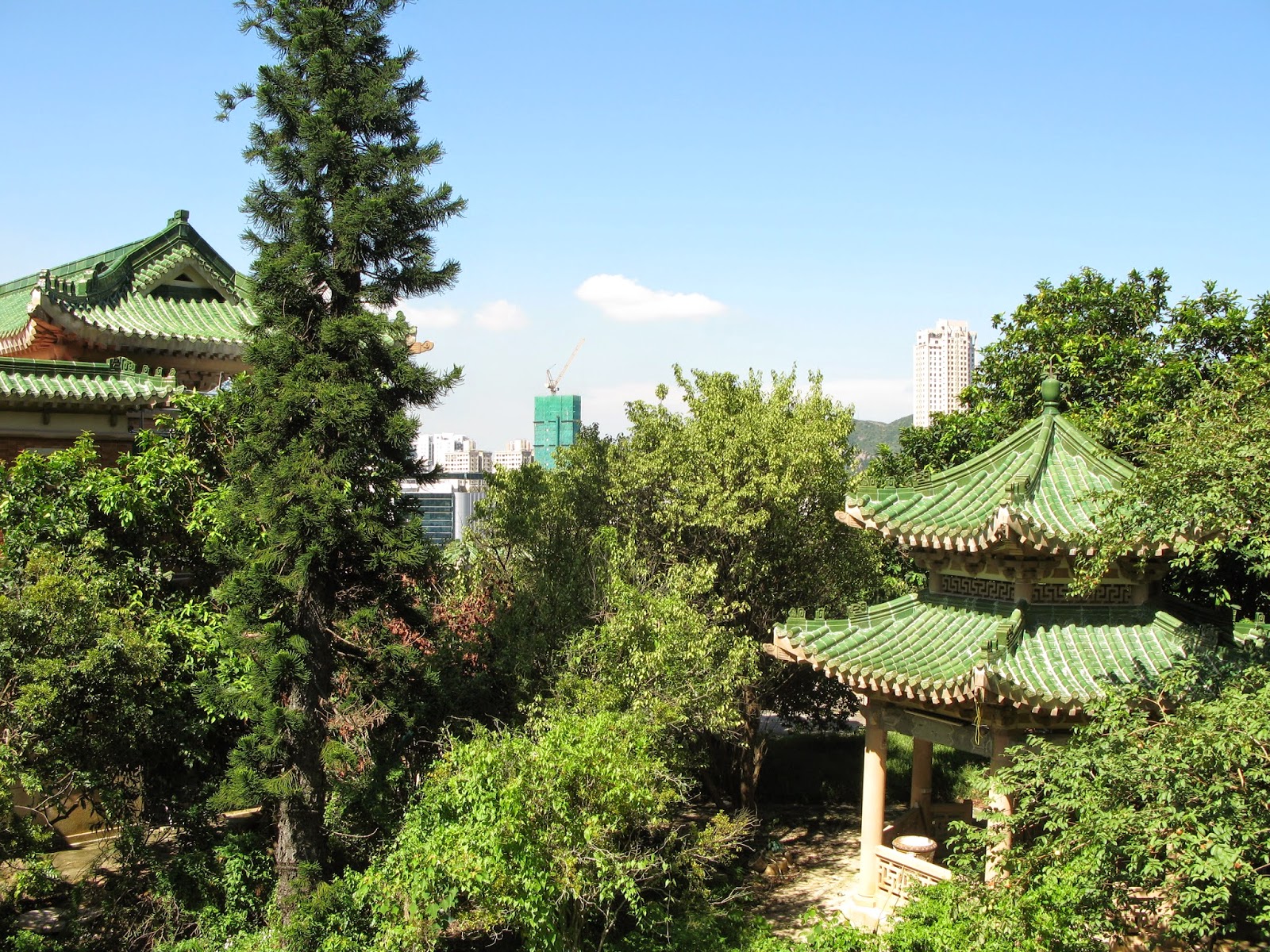 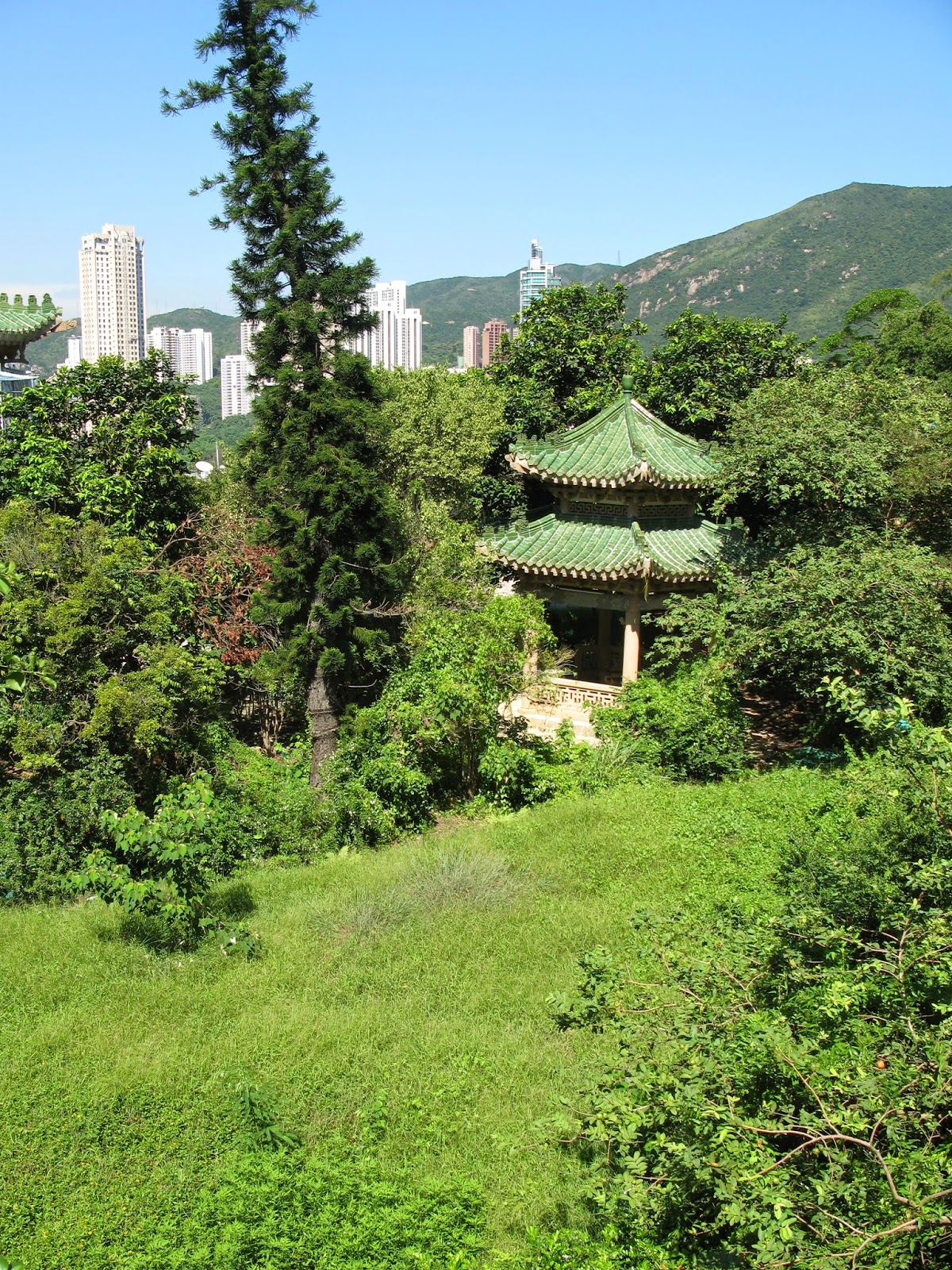 There used to be a tennis court here until 1966

Anyway, the building has quite a history and we can read some of it courtesy of the recent(ish) heritage assessment carried out by the Antiquities and Monuments Office a few years ago. Here is the link: http://www.legco.gov.hk/yr07-08/english/subleg/brief/175_brf.pdf, but I have cut/pasted the most interesting bits below:


The residence at the site was built in 1937 by Mrs. Shum Li Po-lun (岑李寶麟), the granddaughter of the renowned Chinese merchant and social leader Mr. Li Sing (李陞) in the 19th Century. Her father, Mr. Li Po-chun (李寶樁), was also a notable merchant and social leader in Hong Kong who made great contributions to many social welfare causes. Mrs. Shum sold the house to the Yow family in 1977. The Yow family is a successful merchant clan represented by Mr. Yow Qhei-man (邱子文) who ran dried fruit business in Hong Kong. His son, Mr. Yow Mok-shing (邱木城), is also a famous businessman who was appointed as Chairman of Tung Wah Hospital in 1979.

Now, of course I mentioned the house's brief but rather spectacular appearance in Enter the Dragon in the beginning of this post, but since I first wrote about this place back in 2006 (on version 1 of this blog, this is version 3) I have also seen it used in Clark Gable's Soldier of Fortune (filmed in 1955) and also the Robert Culp/Bill Cosby vehicle, I Spy (filmed in 1965). 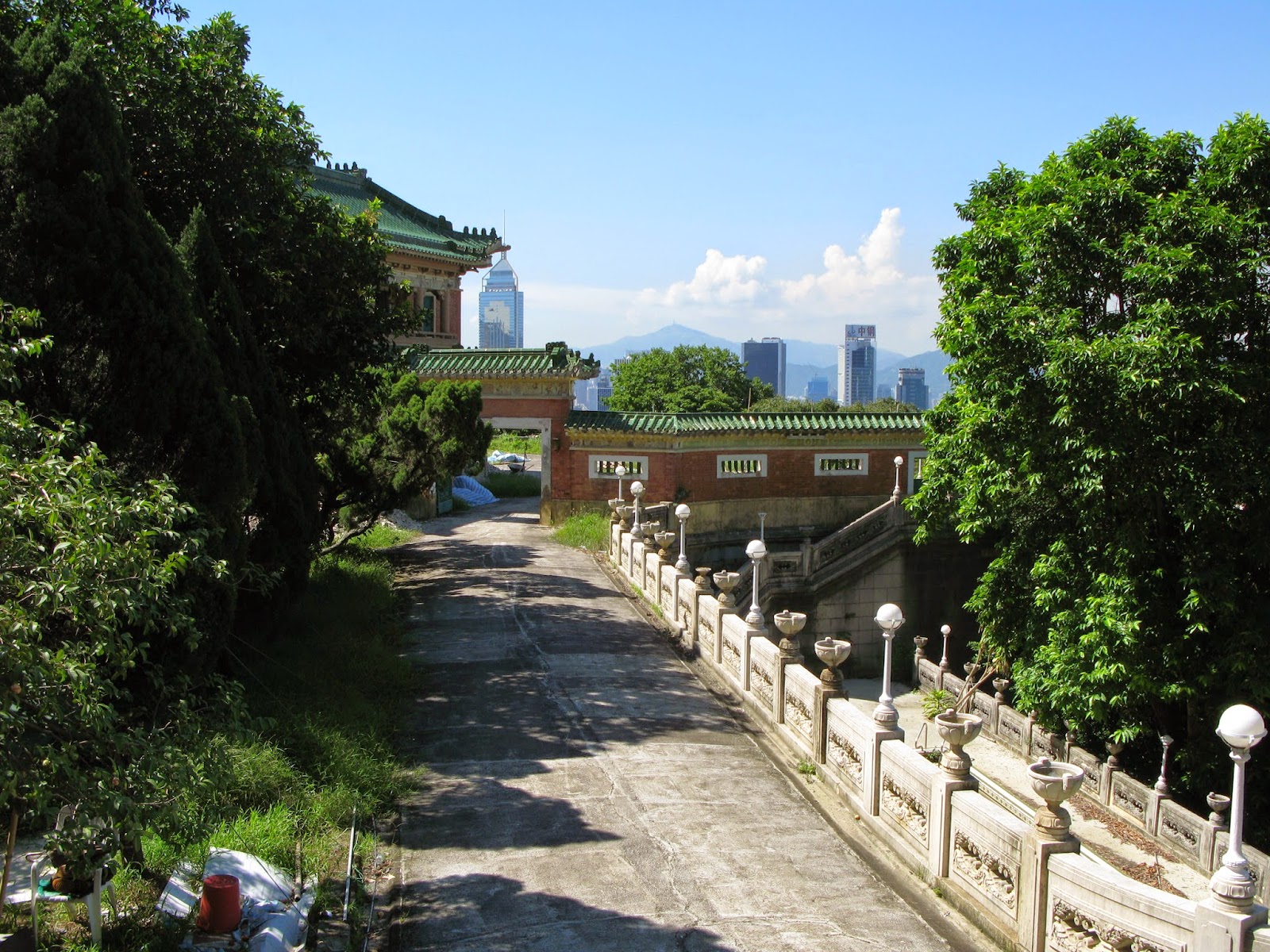 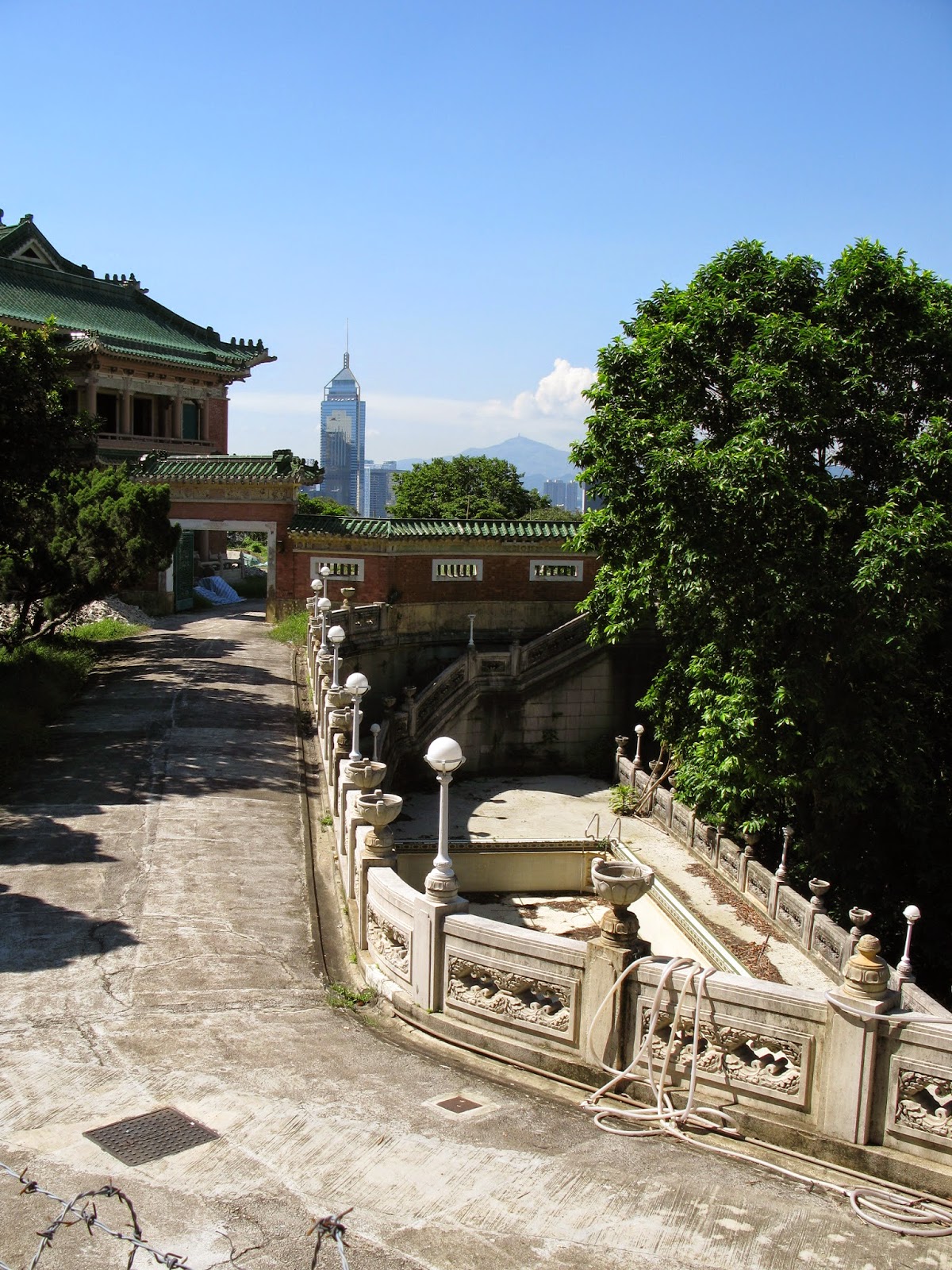