Tsuen Wan has never been the easiest place to explore thanks to its need to make everyone walk around on a less-than-user-friendly system of walkways. But stuck in-between the often incongruous mixture of industrial buildings, office blocks, shopping malls and residential buildings you can find some real gems. Here is one of the more well-known ones and lucky for us it's just a few minutes short walk (along the ground and in a fairly straight line) from the Tsuen Wan terminus of the MTR's Central line (that's the red one for those who don't know). 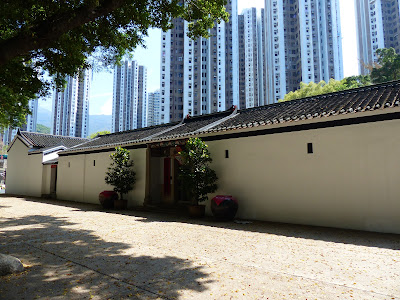 The Sam Tung Uk museum is an old Hakka walled village that has been turned into a cultural museum explaining not only the history of the village and surrounding area, but also has a large section of the village turned into a nice display detailing some of the "intangible cultural heritage" that can be found in Hong Kong. 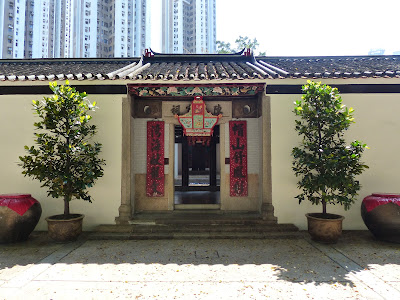 The village dates back to the late 18th Century when it was settled by the Chans, a clan of Hakka farmers who had moved to the area from Luofang but had ancestral roots in Fujian province. It seems as though the development of the MTR system in the late 70's seriously affected the village. Much of the surrounding farmland used by the villagers was sold to the MTR for the new track (meaning they could no longer support themselves by farming) and when the track was eventually built, part of the rear section of the village had to be removed to make way for it. A new resettlement village (Sam Tung Uk Resite Village) was built nearby in Cheung Shan and by 1986 the villagers had all been relocated. In fact the site was next door to the resite village for the Hoi Pa villagers, relocated when their village was turned into the Jockey Club Tak Wah Park. 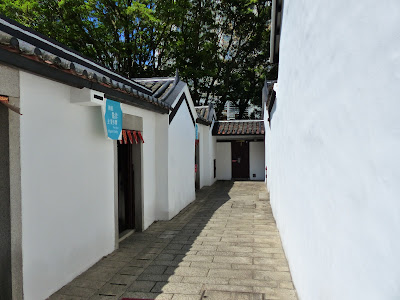 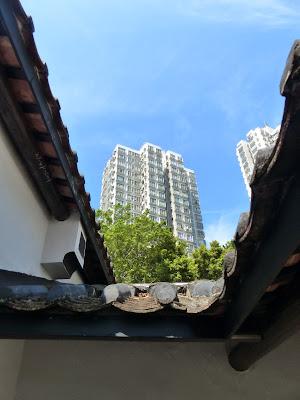 For whatever reason and despite the fact that the MTR Depot is right next door, the village wasn't demolished and it was instead decided to restore it and turn it into the museum it still serves as. The restoration took some time largely because HK lacked the materials and artisans required for the work - I seem to remember the same issue was encountered when KingYin Lei was being restored - but eventually materials and other items for displays were sourced from neighbouring Guangdung where similar villages still exist. 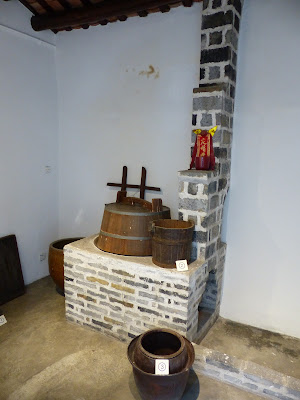 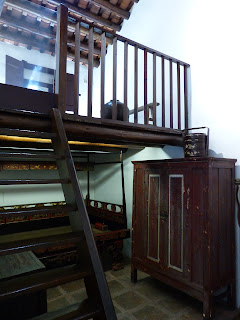 The museum has various reconstructed rooms including bedrooms, kitchens, dining rooms but I think in its heyday the various rooms would have held all manner of things including livestock. But the place is kept immaculately tidy and if you are lucky (like I was) you may find you have the run of the place to yourself. 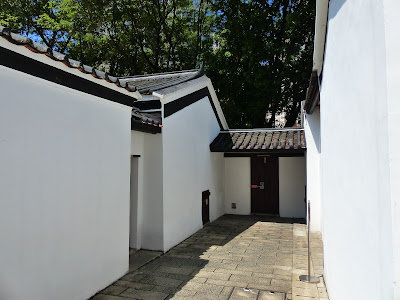 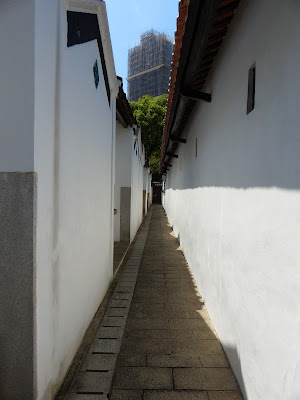 One of the more interesting things for me though wasn't specifically Sam Tung Uk related but was the area dedicated to the aforementioned "intangible cultural heritage". This includes various customs and cultural events that would disappear without a concerted effort to preserve them. Included in the display is descriptions of the Hakka Unicorn dance (I'd never heard of this before and it looks like a Hakka version of the more famous local Lion dances), the Tai Hang Fire Dragon, Cantonese Opera, Guqin construction and a few more. 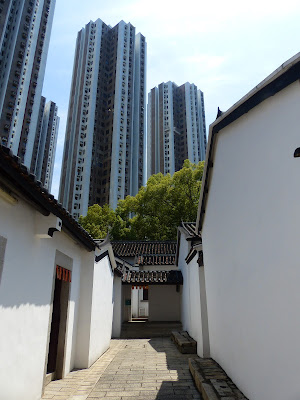 Anyway, for a nice quick trip that is easy to reach, just take the Central Line to the Tsuen Wan terminus and leave via Exit E. Head to the left and follow the road around past the MTR depot. The Sam Tung Uk museum is just past there.
Posted by Phil at 14:11