Anyone who makes the effort to head over to Kowloon City for some exploration should also try and schedule some lunch (or at least a coffee break) at the Stonehouses Family Garden. I became aware of this place last year when Chris DeWolf penned an article for the SCMP detailing some of the interesting history of the local area, Lok Fu.

It then slipped my mind until later in the year when a friend invited me out for some lunch and chose this place because of its previous association with the Hong Kong film industry. 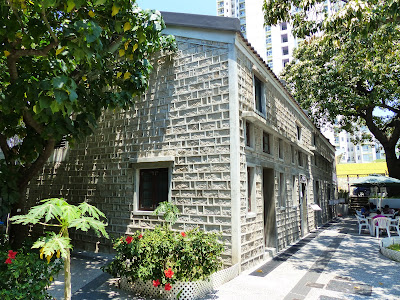 It turns out the site has fair amount of history, the modern part of which, I suppose, dates back to the late 19th Century when this plot of land was owned by a family surnamed Ho (actually the Cantonese pronunciation of this name 何 is actually closer to "haw"). The family built a rather splendid traditional Chinese residence there and named it 何家園 (Ho Ga Yuen) or "Ho Family Garden". 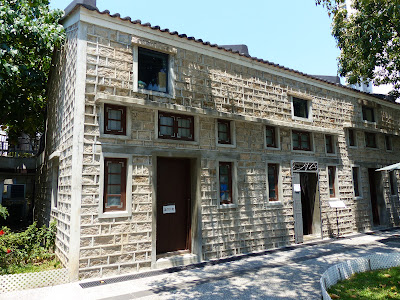 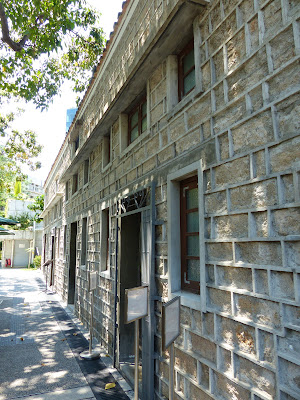 The garden was abandoned by the 1930's (it's not clear why) and was demolished during the Japanese Occupation and replaced by a number of stone cottages. The reason was to help cope with some of the refugee influx into HK during the war years. The proximity to the famous Hau Wong Temple (on the opposite side of Junction Road) led it to be referred to as Hau Wong New Village. Following the war the cottages were used for housing refugees and then in the 1950s they were taken over by various film studios including a company called Great Wall Film Studio (長城電影製片廠). The site was also occupied by various other ventures over the years and in fact one of the companies that used the site is still remembered by its company name etched into the front facade (藍恩記 - see below). 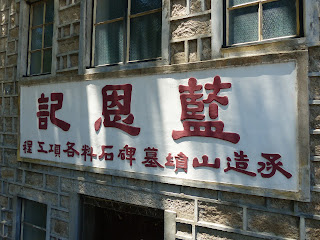 It seems that Nam Yan Kee was just one of many small firms that utilised the area over the years. This particular company probably got most of its business courtesy of the adjacent Chinese Christian Cemetery that sits on a conical hill on the other side of Junction Road. It's possible that as the cemetery reached capacity for grave stones (now it seems to just offer columbarium services) their business faltered.

The site was cleared in 2001 and the only remaining structure was the Stone house that incorporated 5 units in a single granite brick building. Thankfully, someone saw the historical significance of the building and plans were drawn up for its revitalisation. The restoration work took around 2 years and it was eventually reopened as a mall local style cafe with indoor and outdoor seating (a rare accomplishment in HK). 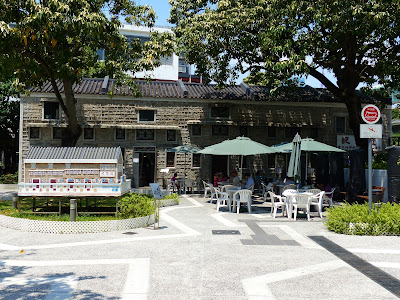 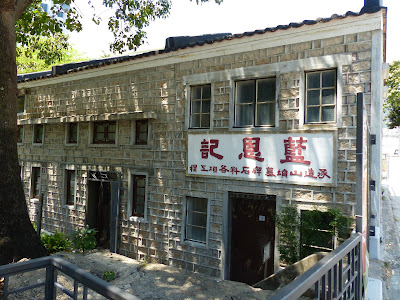 Aside from the (very reasonable - I recommend the deluxe all day breakfast) cafe, there is also a small museum next door that details the development of Kai Tak airport and also the revitalisation and history of the building. It's just a shame that all the displays in each of the museum exhibits are in Chinese - no English at all!
Posted by Phil at 22:04