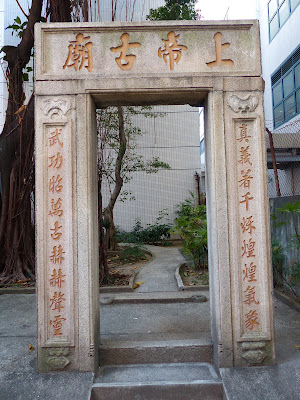 The garden is sandwiched in between the original building and extension to St Theresa's hospital and although small, has this old doorway and lintel in the middle of it. These are the remains of an old but obviously long disappeared temple called 上帝古廟 (Seung Dai Gu Miu) or "Supreme Ruler" temple.

According to a rather long, but informative, English information board (see picture below - you can click to read it for yourself), the temple was once a site of worship for villagers from the old Ma Tau Wai village located somewhere between what is now Argyle Street and Prince Edward Road, just south of Kowloon City. The village has long gone but the name still identifies this part of Kowloon.

Although rather tenuous and almost definitely speculative, the sign board suggests that this old temple was a replacement to an earlier one dedicated to Pak Tai that once marked the site of a palace built by the fleeing Song Dynasty Emperor Duanzhong (aka Tuen Chung). 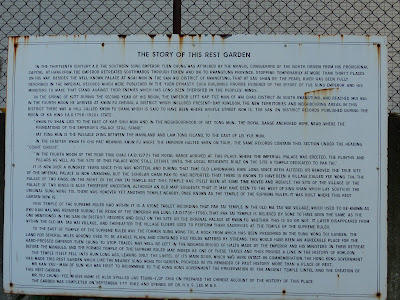 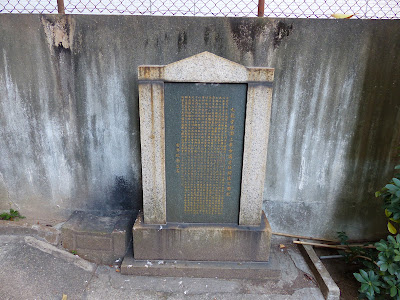 Given the way myths and legends build up around these kind of places, it's hard to distinguish fact from speculation or hearsay, but still it's an interesting little spot in Kowloon amongst all the surrounding development and worth a few minutes of your time if you are ever passing by.
Posted by Phil at 09:43